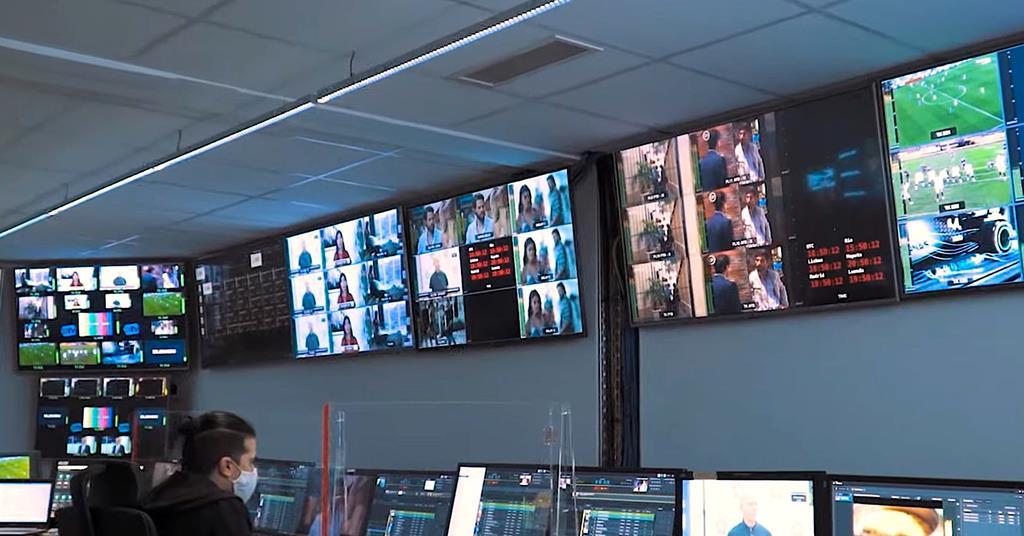 The new Web Studio is supposed to be able to guarantee flawless streaming for smaller scale production and comes with innovative features that make operations easier for TV stations and production companies. The system also provides a remote tool that allows operators to insert content (such as videos or graphics) remotely.

Studio CG itself can now be used for larger and more complex workflows, as it is supposed to be more robust and should allow major networks to control and manage multiple channels without failure. A multilingual option allows operators to choose different languages ​​and broadcast them simultaneously. It can also integrate social media content in an easier way, thanks to wTVision’s partnership with Flowics.

It has partnered with Mellanox for virtual environments, but ChannelMaker can also run on SMPTE 2110 built into OEM hardware (such as AJA).

Time Delay is also new to broadcast, for adjustable broadcast delays. It allows channels to completely control content across multiple platforms, time zones, and live programs. It requires no complex operation or installation, can work on all broadcast automation systems, and allows networks to adjust live content and ad insertion across a wide variety of time zones and platforms.

Another major update is its recent integration with Unreal Engine. wTVision’s control systems can be integrated in a few simple steps, without the need to include another engine in the workflow. The standalone plugin has already been used to generate photorealistic augmented reality graphics and virtual sets with perfect depth and perspective.

Mercury Filmworks Offers First Look at ‘Once Our Land’ Movie

YUM ! the animated animated series ‘Edmond and Lucy’ is a good mix of entertainment and eco-responsibility