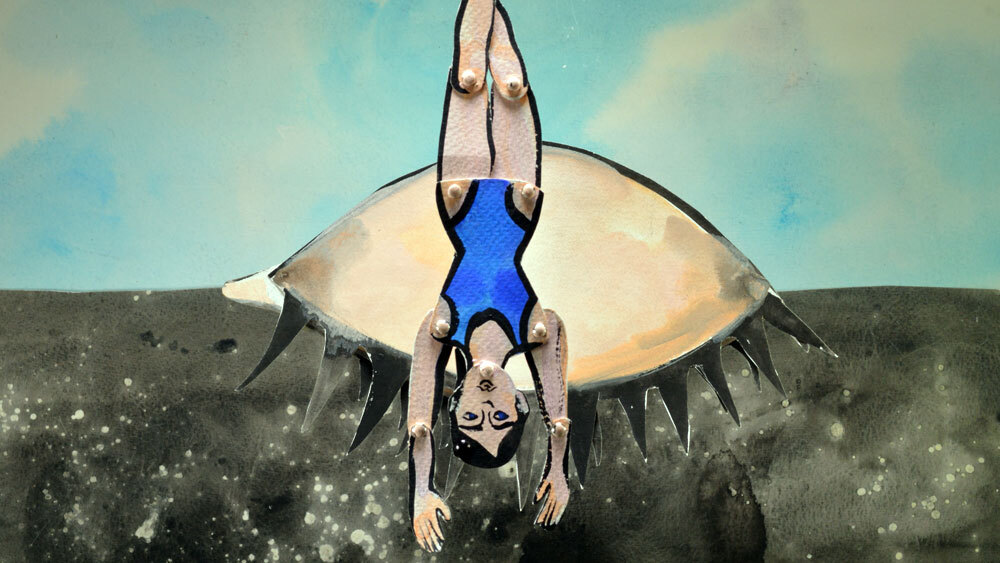 “The biggest stories ask the biggest questions,” replied aspiring animation artist Alex Sopp when I asked him about the video she created for “Sunset Boulevard,” a song by First of all, the next album from the new musical sextet yMusic.

Sopp is best known as the band’s flautist, but lately she’s honed her considerable skills with picturesque and clever stop-motion animations, creating and painting all of her characters, scenes, and props. Be on the lookout for stratospheric jellyfish …

“Sunset Boulevard” brings together several plots, each exploring the concepts of ascent and descent. There’s Joe Kittinger, the captain of the US Airforce who jumped 102,000 feet in 1960, Sopp’s own fascination with platform diving and his brother’s penchant for deep sea dives.

The music for “Sunset Boulevard”, like the rest of the album, is by longtime yMusic collaborator Ryan Lott, founder of the band Son Lux. The song’s slow and leisurely trumpet theme firmly establishes the piece, as contrasting winds and strings float above and below; perfect for Sopp’s land, sea and sky design. (Fans of mid-20th-century French chamber music might even hear distant echoes of Darius Milhaud and Jean Francaix.)

So what are the â€œbig questionsâ€ here? In creating the video around the music, she offered some thoughts, which work as well as aphorisms for living well: â€œMaybe we need to fall as quickly as possible to feel as calm as possible. . Maybe we have to jump the highest to feel the most real. “

(First of all, by yMusic, is released on February 17.)