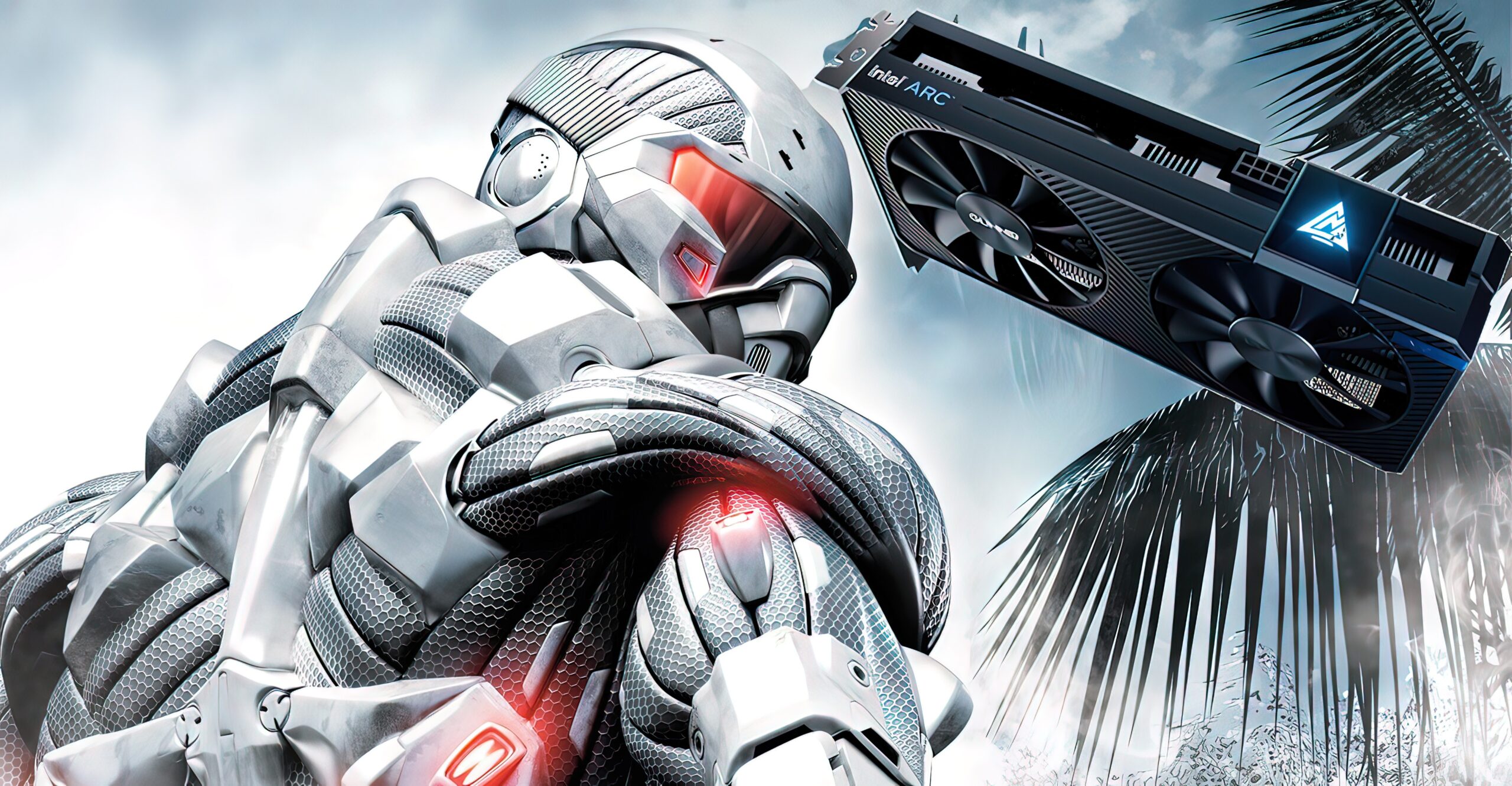 Can Intel’s Arc graphics card run Crysis? The question was answered in a video posted by PCGamesHardware in which they put the Arc A380 to the test.

Technical outlet testing was conducted using the GUNNIR Intel Arc A380 Photon OC graphics card. It is one of only two custom models currently available on the market. The card features a slightly higher TBP of 92 W (vs 75 W reference) and also operates at a higher clock speed of 2450 MHz (vs 2250 MHz).

The Intel Arc A380 graphics card is an entry-level design with the full ACM-G11 GPU that uses the Alchemist Xe-HPG architecture. It houses the full GPU configuration, using 8 Xe-Cores or 1024 ALUs. The graphics card also has 6GB of GDDR6 memory running at TBP rated at around 92W. The card’s maximum frequency is rated at 2450 MHz, which shows that Intel is taking full advantage of TSMC’s 6nm process node. The card features a 15.5 Gbps VRAM clock for 186 GB/s bandwidth running on a 96-bit bus interface.

The Intel Arc A380 graphics card was tested in the OG version of Crysis, not Crysis Remastered. The old title uses the DX10 API and the resolution has been set to 1080p (FHD). Quality settings were set to “Very High” with 4x MSAA. The original Crysis itself is a very taxing game, even though it’s over ten years old. However, the remastered version of Crysis puts the original title to shame with even more demanding quality settings for the GPU, such as support for ray tracing and high-resolution textures.

A small segment of the game was shown running on the Intel Arc A380 graphics card. This comes from the “Paradise Lost” level which is found just after leaving the Ceph mothership. The “Core” segment and the final part of the game which includes the iconic “Ascension” VTOL sections are some of my favorite parts of the game. But getting back to the performance, the game was running at a very smooth 60-70 FPS and is even went up to 80+ FPS. There was no frame stutter and that’s a good showcase given that Arc GPUs are only well optimized for DX12 and Vulkan titles with a few DX11 titles being exceptions.

PCGH says they haven’t had any issues playing the game in the DX10 API and will soon be comparing performance with an AMD Radeon RX 6400 graphics card. But this proves that Intel Arc can indeed run Crysis!

What do you think of Intel’s Arc graphics cards so far?