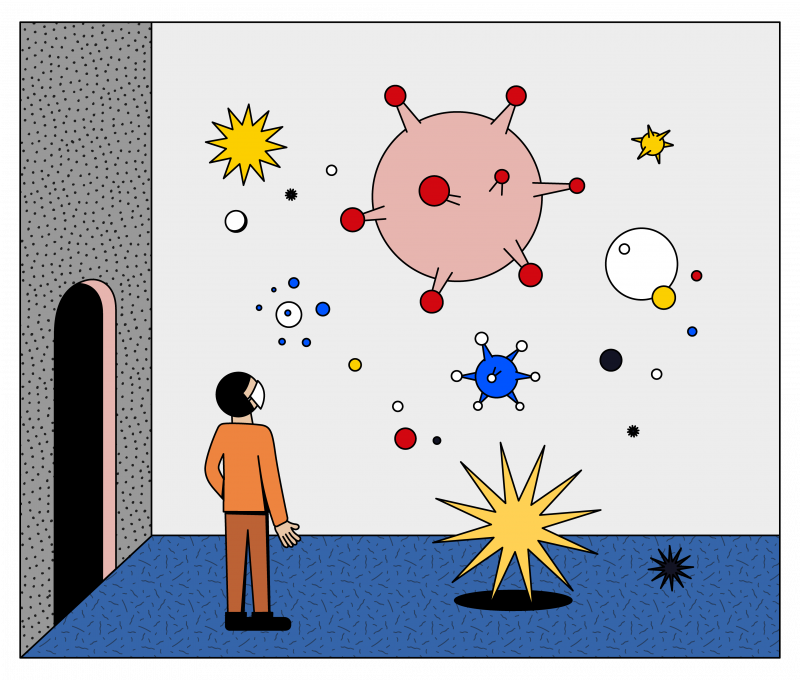 “In the meantime, we are seeing people in other countries treating the pandemic differently, some more lightly but others more harshly. Either way, this year has left us feeling overwhelmed and wanting to escape the chaos.”

Simo was inspired by Bong Joon-ho’s dark comedy thriller Parasite, and His Opposite Worlds as well as twists and turns in Maurits Cornelis Escher’s graphical paintings. â€œThe two show contradictory spaces, from which it is extremely difficult to escape,â€ she says.

Creating nine different rooms for the series, Simo presents “eight individual difficulties” but one of hope, and that is utopia. “Even though we are suffering right now, there is still light in the dark. Eventually the pandemic will go away, the sun will rise again.”

The Washington Post design team is looking for artwork