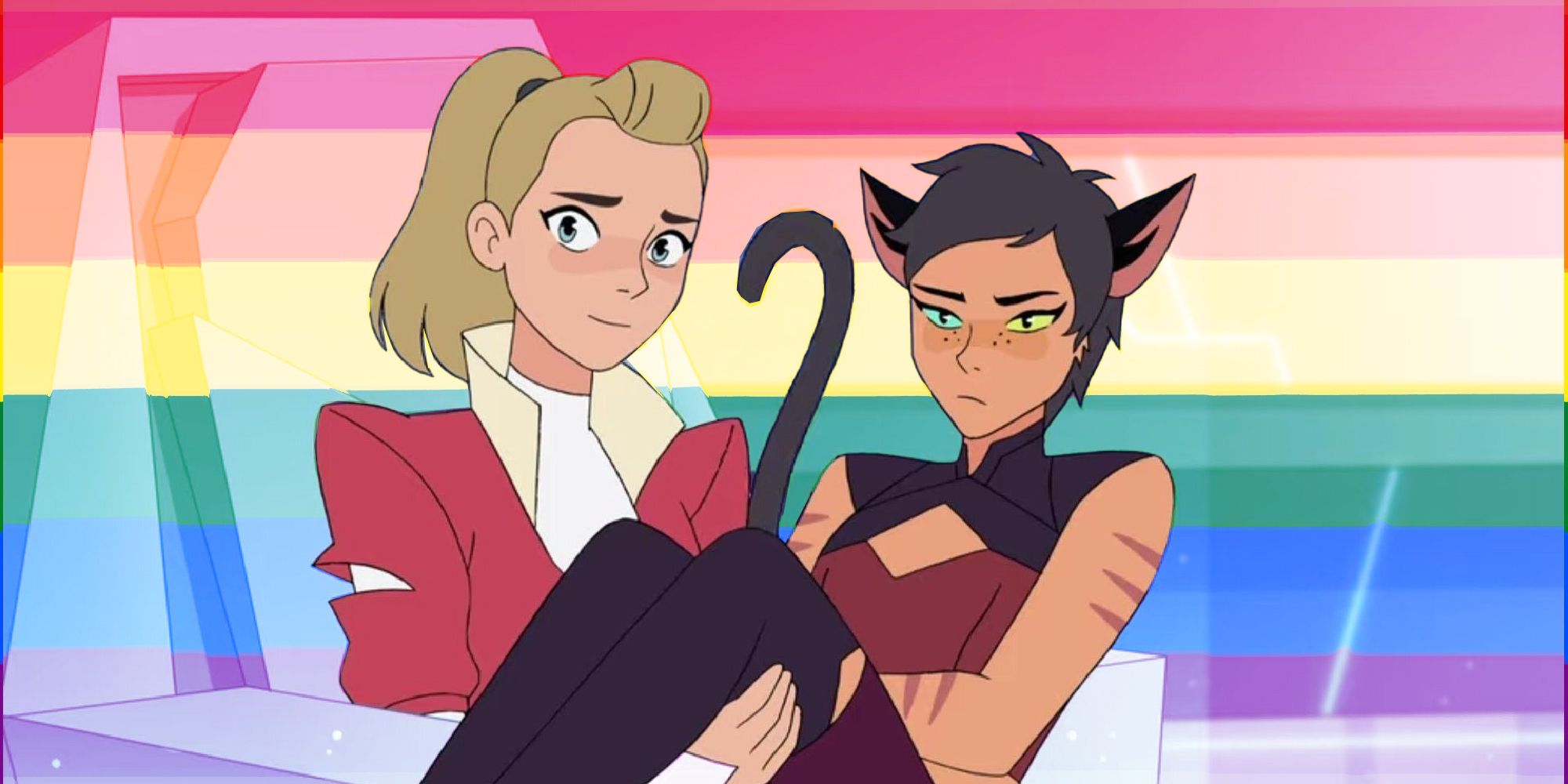 I took an entire day off to binge on the final season of She-Ra and the Princesses of Power. A friend and I had spent months talking about Catradora’s potential to become canon. It would be the perfect end to a series that has never been afraid to expand the scope of LGBTQ+ representation and show that everyone deserves to be seen, even more so in a fantasy world that relies on and goes beyond the classic that inspired it.

We got our wish, Catra and Adora saving Etheria from devastation through the power of their combined love alone. Even though it was unfolding in front of us, it still didn’t feel real, and the conclusion we had hoped for for seasons was coming true with no strings attached. However, it wasn’t just a celebratory finale, it also recontextualized every interaction between the two women who, despite so much, never stopped loving each other. You will be shocked to know that Catra’s confession made me cry for about two hours.

GAME VIDEO OF THE DAY

Related: If You Think Arcane Is Straight, You Definitely Watched It Wrong

Opposite sides of a war couldn’t separate them, nor could the evil influences of Shadow Weaver and Horde Prime who sought to poison their minds and make it clear that power will always triumph over love. For them, being alone is the price of success, but Catradora has shown that life is more than a binary goal to achieve. It’s about the people you meet and fall in love with, the places you travel and live, and the lessons you learn to become a better person even after being on the brink of self-destruction. ND Stevenson led a show that put this lesbian relationship front and center, slowly but surely building a crescendo that he himself wasn’t even sure was possible.

Catradora is such a power couple because of everything the creators and characters went through to make it possible. Before discovering a mysterious sword and transforming into a magical princess, Adora’s placid existence could have seen her rise to the upper ranks of the Horde to live a happy and successful life. She is the golden child, a symbol of hope and power within a fascist regime that raised her for war and bloodshed. Still, this way of life is normal for her, so she obediently follows orders until she’s forced to see the other side of things. Turns out a place known as “The Evil Horde” isn’t so hot when you stop to smell the smoking roses. When she suddenly becomes a princess and has the power to help instead of destroy, she turns away from Catra and throws herself into Glimmer and Bow’s arms.

Catra is distraught, convinced that she was not and never was good enough for Adora in the face of impossible expectations and a relationship that is now collapsing. She and Adora could have ruled the world together, taking over the Horde and shaping it in their image as the power structures beneath them began to fade. The stubborn cat girl could never see past this ultimatum, or contemplate a future where she left behind her abusive childhood and sought a new life with the only girl she ever loved. She was unwilling to accept where she had gone wrong, instead digging a hole that only got deeper.

She-Ra takes her time developing these character arcs, pushing our two heroines to the brink until they’re ready to accept the truth that has stood before them all along. Love can save the world, but only if you’re willing to accept it. That’s why their eventual confession was so groundbreaking, a euphoric climax that saw the love expressed in a way that even the most cynical YouTubers couldn’t deny.

N. D. Stevenson said following the show’s success that Catradora being canon wasn’t always guaranteed, but he prepared for it whether it was on the cards or not. It was clear from the opening episode, with

Catra and Adora have an intimate trust in each other that clearly goes beyond normal friendship, even though the two don’t quite know it yet. Princess Prom is a sexually charged battle of bodies and minds, each using their strengths to make the other feel vulnerable and defeated. It ends with a truly amazing dance sequence that me and my fellow gay cartoon queens think about at least once a day. There are so much moments across five seasons that act as building blocks toward eventual confession, distance making the heart grow fonder as Catra nearly reaches breaking point and Adora is asked to face a fate that rests unfairly on his shoulders.

Catra and Adora are very different people, almost opposite personalities fostered by the same abusive environment that expected them to be little more than war machines. It took their separation for everything to change, for Adora to abandon her troublesome upbringing and childhood friend to help save the world and face a fate she’s not ready for. She was raised as the perfect soldier who excelled at everything, so of course she would have a hard time giving up possible demise at the hands of fate instead of loving herself, and realizing the importance of striving to survive and to recognize their own worth.

She is no longer alone and never really was. Now she and Catra can move on as lovers instead of childhood friends turned bitter rivals who would tear entire realities apart to avoid talking about things. It’s still hard to watch Catra become so isolated that she ruins the only friendships she has left, realizing that ultimate power means nothing when there’s no one to share it with, and the only girl you made it for. all this has long walked away and never returns. She even had the chance to join her and refused.

Catradora is one of the greatest romance animations ever seen because it felt real, deserved, and unapologetically queer in every way imaginable. Both Catra and Adora are flawed people with so much work to do, but are stronger together and come to recognize the value of accepting love instead of simmering in perpetual conflict. Their kiss saved the world, but they also saved each other and paved the way for a future together.

Years from now, I’ll return to She-Ra and the Princesses of Power as a watershed moment in queer representation for the medium. It sits alongside Steven Universe, The Owl House, and a handful of other shows that are unwavering in their intentions, with the creators fighting so hard to get those stories told without compromise. Adora and Catra are at the center of this diverse success, waving the flag for all of us as we move forward.

10 Video Game Sequels With A Huge Leap In Graphics Quality