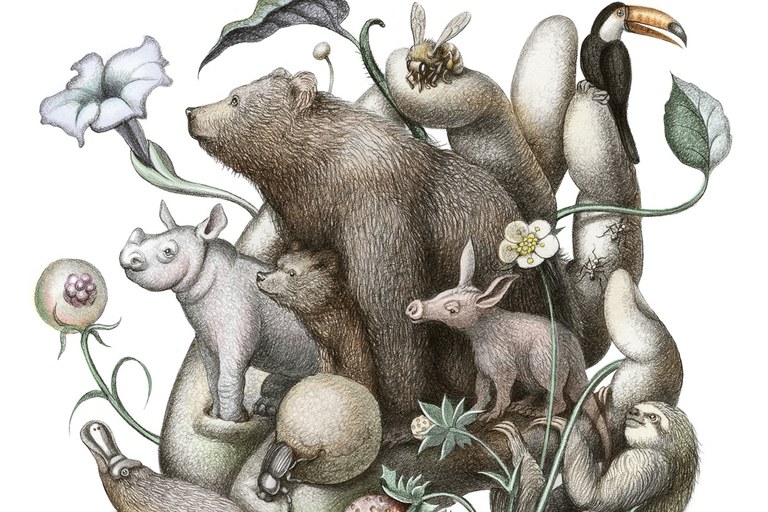 Sometimes a good picture is really worth a thousand words, especially when it comes to illuminating complex stories about history and community, or topics like isolation and health. This year, HCNIllustrators from us have helped tackle some of the more complex topics our journalists explore.

Amando Veve’s intricate and whimsical illustrations have accompanied Heard Around the West throughout the year. His approach to this book review was no less amazing.

Intricately drawn portraits of Lauren Crow accompany most of our magazine’s Q&A, including this one. conversation between Kyle T. Mays and Alaina E. Roberts, in which the two academics explore the complex relationship between blacks and aboriginals.

Hokyoung Kim’s moody and atmospheric illustrations underscored the depth of hostility and isolation Western public health workers have faced during the COVID-19 pandemic.

Camas root comes to life on charred soil in Jessica Douglas’ essay on conducting a cultural burn on ancestral land. The artist, Steph Littlebird (Grande Ronde, Kalapuya), is a member of the Siletz tribe and descendant of Kalapuya.

The bewildering jumble of characters in Cristiana Couceiro’s photographic artwork illustrates the tangled plot behind the ‘Ghost-Cattle Scam’ or ‘Cattlegate’, which describes how a desperate cattle rancher tricked Tyson into loaning him millions of dollars .

Rahsaan “New York” Thomas wrote to us from inside San Quentin State Prison in California, revealing the miserable overcrowding that has proven to be at least as dangerous as COVID-19. Illustrator Krystal Quiles immerses us in the narrow, claustrophobic (and deadly) quarters of the prison.

Suzanne Simard turned Western science upside down when she confirmed what Indigenous Traditional Knowledge has known for eons: that trees can and do communicate with each other. Abbey Andersen illustrates this with his own backwards composition, which shows how trees of different species share their resources through a complex network of mycorrhizal fungi.

Greg A. Robinson, a member of the Chinook Indian Nation, works primarily with natural materials such as wood, stone and bone, but his striking graphic paintings have captured the enduring soul of his nation, which has been lobbying for federal tribal recognition for over 120 years.

The acclaimed series Dogs Reservation helped bring Indigenous cinema to the masses, inspiring Jason Asenap (Comanche & Muscogee Creek) to urge his fellow Indigenous critics “to claim this space for ourselves, to express honest and thoughtful opinions about the work.” Jolene Yazzie (DinÃ©) captured the duality that Asenap faces, with a variation on the old comic book clichÃ© of having both angels and demons whispering in her ears.

Daryn Ray’s thoughtful illustration reminds us that gender and identity come from within, an idea critic Claire Rudy Foster argued is overlooked in Martin J. Smith Go to Trinidad, a book about the pioneering rural Colorado surgeon who performed thousands of gender affirmation surgeries.

Sally Deng’s lively and colorful style echoes work from many eras of the Depression Work progress management artists in our review of the history of the Conservation Corps, from its origins as a New Deal outdoor employment agency for unemployed white men to today’s new vision of a more inclusive body focused on clean energy and climate resilience.

We welcome letters from readers. Email Luna at [emailÂ protected] or send a letter to the editor. See our letters to the political editor.