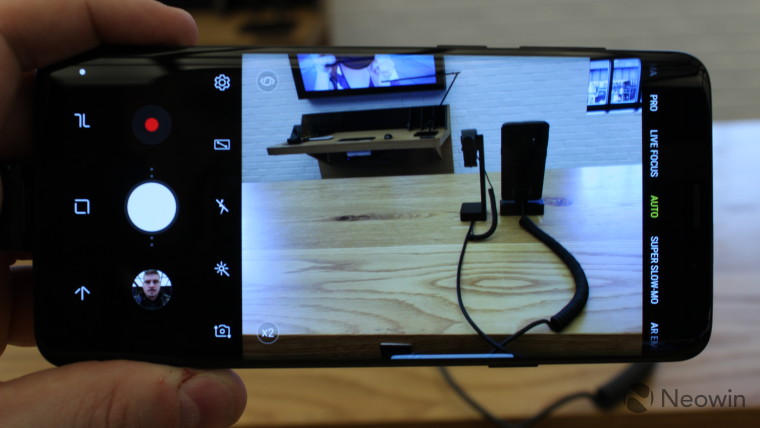 Samsung has released a few updates to its Galaxy S9 flagships since their launch, including adding FM radio support to unlocked versions of the handset in June. This month, the company appears to be making some changes to the camera app, adding a new slow-motion video recording mode.

The update, spotted by users on Reddit, adds the ability to record slow-motion videos at 720p resolution and 480fps over 0.4 seconds, resulting in a 12-second clip. The Galaxy S9 was the company’s first smartphone to include the ability to record at 960 fps for 0.2 seconds, and the new recording mode gives users even more choices.

There is a small caveat with the update, however. In manual mode, users can no longer record at 960 frames per second, the possibility being replaced by the newly added mode. To record at the highest frame rate setting, you’ll need to use auto mode, which automatically starts slow-motion recording when it detects motion in a specific area of ​​the frame.

The update is rolling out to Galaxy S9 handsets, likely starting with the unlocked variants. There’s a chance the company will include the out-of-the-box functionality in its upcoming Galaxy Note9, which is expected to be announced on August 9.

Aardman Studios: “Certainly somewhere in our future is a stop motion video game”