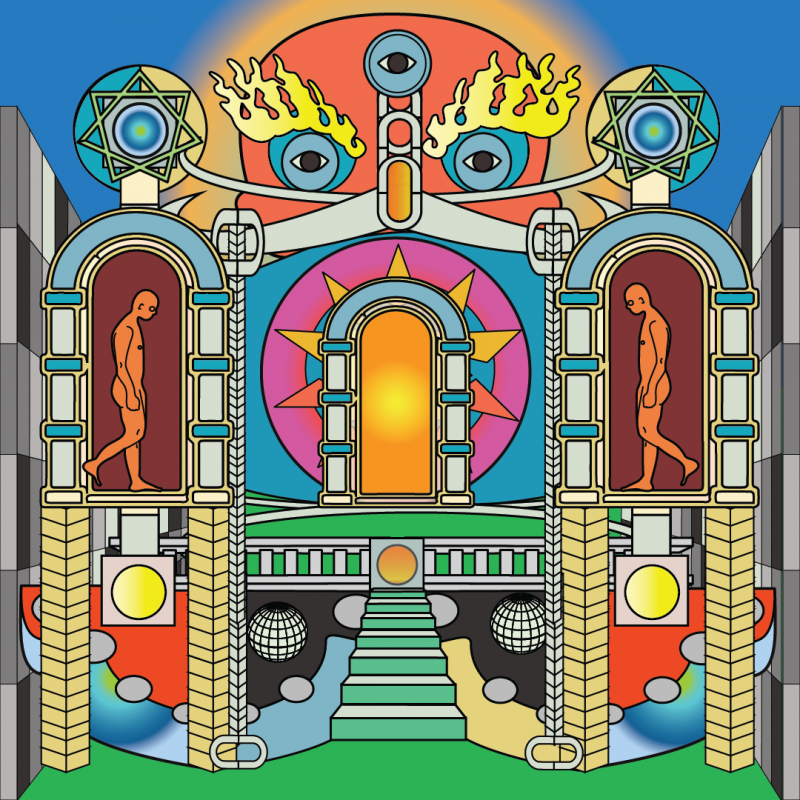 “My works are a contemporary reflection of our world and its unseen energies,” says Reza Hasni, a Singapore-born illustrator-stroke-artist currently based in Berlin. One look at his works and you’ll instantly grasp this energy and the recurring themes it draws on: elements such as “sacred geometry” as well as references to the internet, pop and pop culture. clubs.

Liveliness is certainly what drives Reza’s illustrations. From the fantastical to the downright unrealistic, each work is peppered with a dreamlike quality that makes it a joy to observe and intriguing to discover. To begin with, Reza uses her medium to express her thoughts and stories about the made-up world she forms in her head. She describes these ideas as a “visual diary of images,” she tells us, “that often become a visual representation of an alternate world. It’s a form of escape for me.” In doing so, she deconstructs and reconstructs her stories to create her own visual language. It’s a process that seems quite therapeutic, his way of manifesting his point of view. “In my alternate world, we are not limited by the constraints of the physical world, such as geography or gravity.”

Everything she creates is fueled by positivity and splashed with color. And let’s not forget the cryptic messages she weaves into her creative compositions. “It’s very imaginative, a bit witty and pushes viewers to dare to dream,” she adds. “It encourages them to think that it’s okay to be pushed out of the comfortable spaces or patterns they’re used to and explore the unknown. Because drawers change the world and curious minds us propel forward. These alternate worlds are ways to relearn our own realities.”

What’s also interesting is Reza’s fusion of 2D illustration and movement, fueling his interests in live visual performance, music, installation, augmented reality and fashion. A multitude of works encompass this multidisciplinary aspect of her practice, including a piece entitled Barker (Leisure system) which she created for Sam Barker’s show and a video dedicated to her family. Reza worked with a collection of video footage of his family, combining his illustrative style with animation to produce a psychedelic “cosmic adventure”.

CAT: Center for Altered Togetherness is another example, conceived as his second solo exhibition to date. An audio-visual experience comprising six different worlds that users can travel through on their desktop computer, the project is a collaboration between herself, interaction designer Screensavers and curator Mama Magnet. He was born in confinement, and the team collaborated virtually. “For me, the idea was not just to present static works, but to create a whole new experience to browse art, be a part of it and participate in it,” Reza notes. “It was empowering to build an online world where everyone could escape in their own minds as we all struggled with the complexities of a lack of physical contact.”

Going forward, Reza hopes her audience will continue to interact with her work in many ways – she wants to bring new experiences to the viewer. Additionally, her first visual performance with DK and producer Barker (Leisure System) is launching as we speak, and she also has exciting plans to launch a collection with a fashion house later this year. The horizon promises to be bright and varied for this marvelous artist.

Satyajit Ray and Mitchel camera artwork from ‘Pather Panchali’ at…