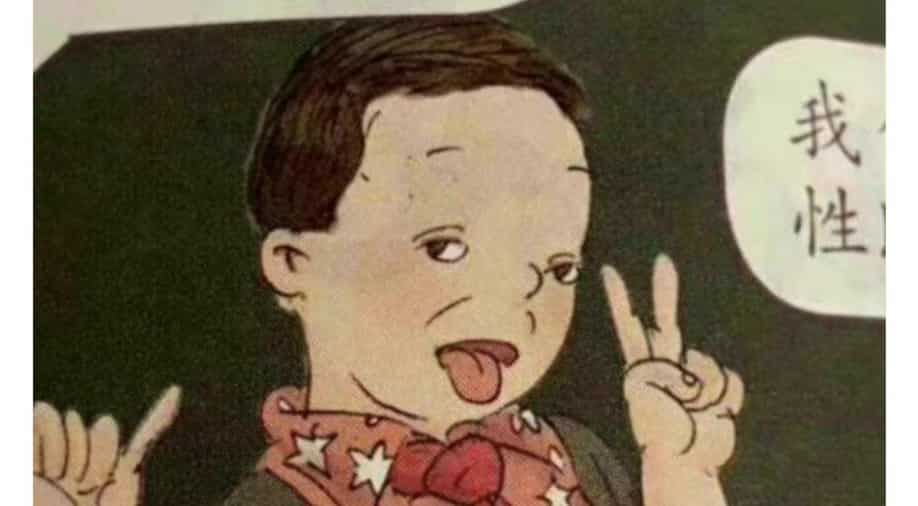 Racist and pornographic illustrations in Chinese textbooks used in several schools across the country have sparked an outcry.

After facing criticism for the illustrations, People’s Education Press was forced to recall a set of elementary school math textbooks.

Apologizing for the offensive illustrations, China’s state-owned educational publisher said it would redesign them.

“We have humbly embraced good opinions and suggestions from all walks of life,” he said in his statement.

Some of the illustrations were shared on China’s Twitter-like social media platform called Weibo and they continued to be one of the top trending items, with the hashtag on the subject receiving over 2.2 billion likes. views.

Textbooks depicted Chinese children with small, splayed eyes, and boys seemed to be depicted with outlines of male genitalia on their pants.

In image: Illustration of the manual posted on Weibo

Some Weibo users pointed out that the illustrations were secretly pro-American as some children were depicted wearing clothes with stars and stripes in the manual.

“Absolutely there are traitors lurking somewhere, pro-US elements that have permeated our education system,” said another netizen.

China and the United States are at odds, with Washington backing Taiwan’s bid for independence.

Cutting the world into two uncoupled blocks, the two superpowers are trying to push third countries into an alliance system.