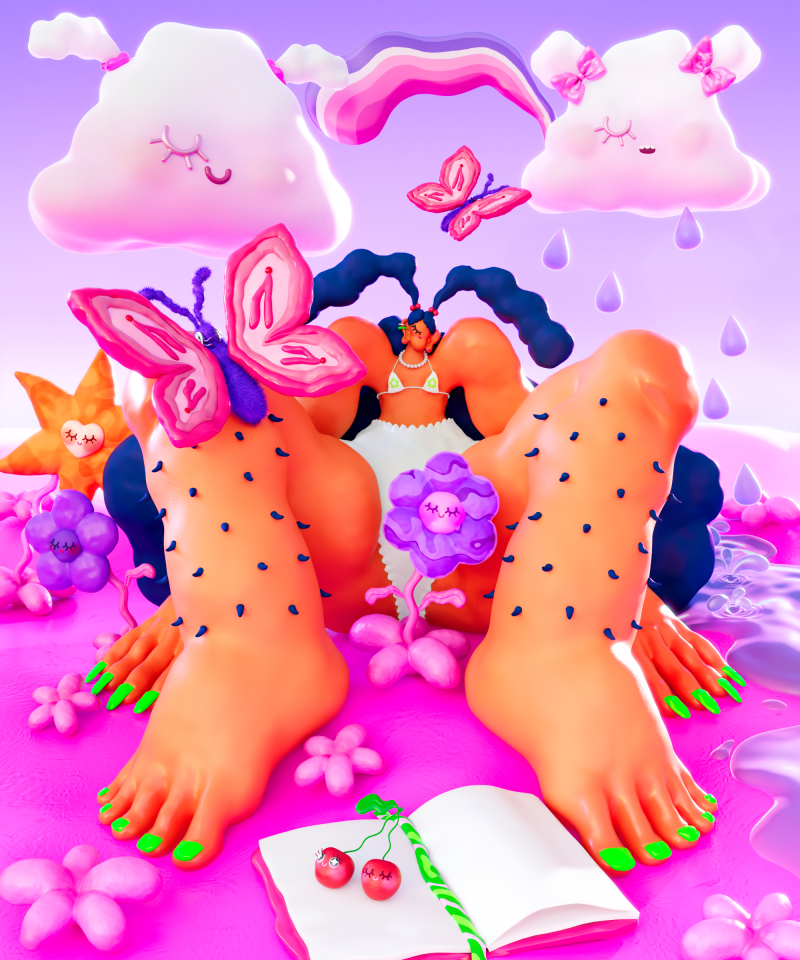 The reason for his rising star is easy to see. Aleksandra’s beautiful digital art is always imbued with an inherent quirkiness that makes it instantly appealing. In the wake of The Caterpillar Girl, released in February, she works on numerous projects for the Yukiko studio and Refinery29.

It helped launch her freelance career, but Aleksandra isn’t one to rest on her laurels. She works on personal projects in her spare time, including this series of illustrations that “defy the idea of ​​femininity and insecurity”.

If you are already familiar with Aleksandra’s work, these images will appear as a logical evolution of her artistic approach. Female characters are always at the heart of his illustrations, especially those who are “frozen” when doing something funny or ridiculous. In the case of these images, that includes begging someone to call them or revealing that they are heartbroken.

What keeps these images from getting too depressing, however, is Aleksandra’s larger-than-life art style. They are not ordinary women or girls that you will meet in everyday life, after all. “They’re quirky and their bodies are over the top,” she told Creative Boom. “They usually exist in somewhat ugly environments, like a market, restaurant, swimming pool, or messy room.”

Although considered everyday, these environments are full of meaning for Aleksandra. “I like to treat these environments and objects through a magical and nostalgic lens. Sometimes I like to play with short texts or additional sentences that give a comic effect to the situations I illustrate.”

And even if she likes to have fun with her characters, Aleksandra is never cruel with them. “I like my characters to be self-sufficient and free, even though they’re seemingly disadvantaged and going to the market to get groceries. They seem uninvolved and a bit emotionally repressed.”

Working primarily with digital sculpting tools, Aleksandra began branching out and working with virtual reality. It’s a curious approach given that his influences are based on the real world. “I find my inspiration by observing the people around me, in tiny bits of random thoughts that I have throughout the day, or in my memories,” she reveals.

Beneath all this apparent whimsy and weirdness, however, lies a more harrowing background. “Growing up, I lived in Belarus under a misogynistic dictatorship,” says Aleksandra.

“When I later moved to the Netherlands, I struggled with being a relatively poor immigrant and found the process of creating self-contained, free characters to be both a rejuvenating and inspiring tool for recover from past traumatic experiences.

“I want to continue sharing characters who manage to find confidence and pleasure in their surroundings while celebrating their different styles and bodies.”

And with the promise of another animated short in the works, this might not be the last we see of these quirky, over-the-top characters as they attempt to navigate the ugly world around them.

Explore the vivid illustrations and major collaborations of Malika Favre