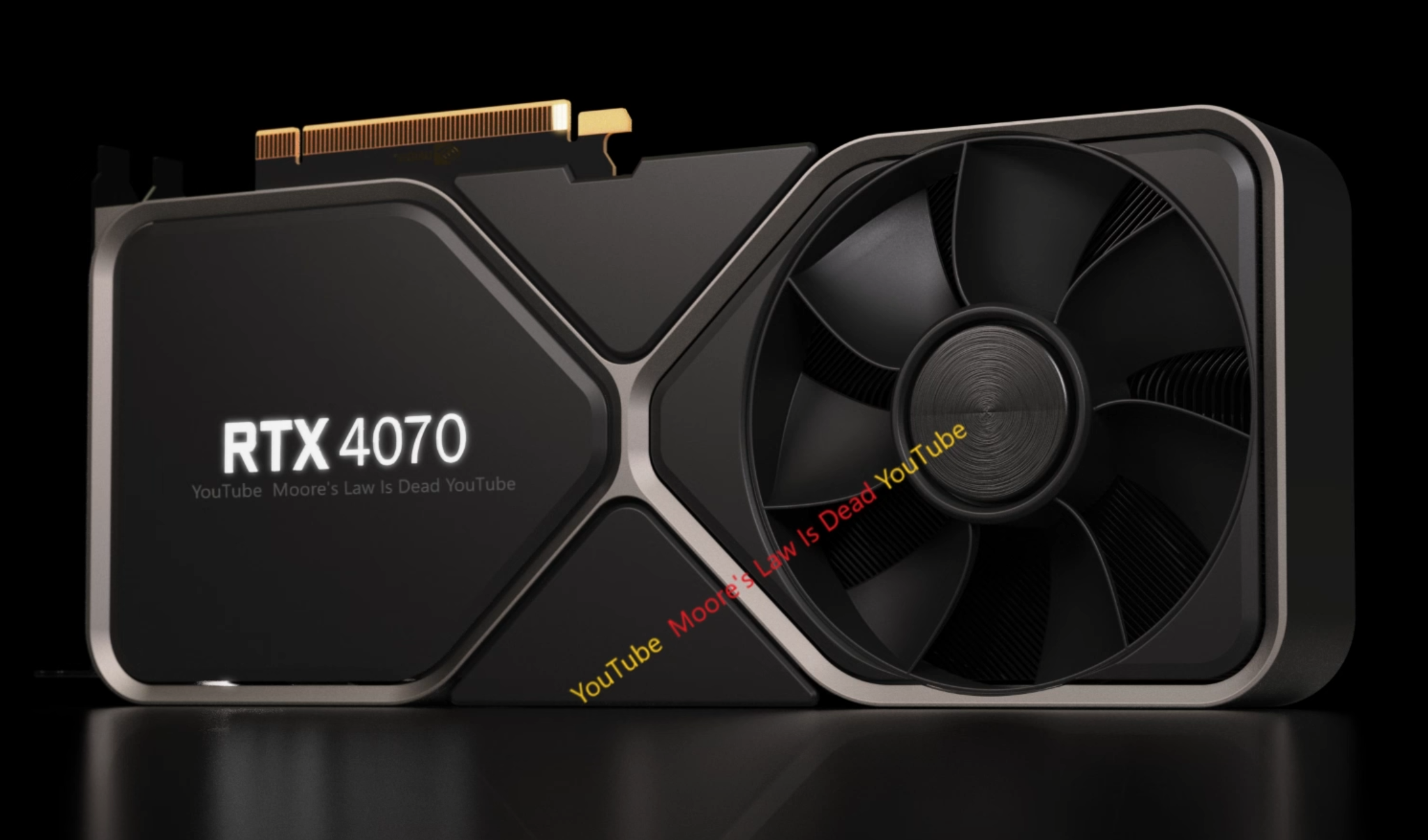 NVIDIA GeForce RTX 4070 Graphics Card Renders Revealed Again By Moore’s law is dead in his latest video where he talks in detail about the upcoming product. The TechTuber previously showed a teaser of the RTX 4070 graphics card but is now giving us a better look. but through renders.

While NVIDIA showed off its high-end “Ada Lovelace” lineup that includes the GeForce RTX 4090 and RTX 4080 16GB, the company didn’t reveal anything about its mid-range offerings such as the RTX 4070 and RTX 4060. design may have been finalized now that we are looking at an alleged image of the Founders Edition cooler to be used by the RTX 4070.

The main difference is that while the GeForce RTX 3070 Founders Edition used a front facing dual fan design, the RTX 4070 would use a dual axial flow design like its larger siblings and as such it there will be a fan in the front. and at the bottom of the shroud. The fans also appear to have been updated with the new design featured on the RTX 4090 and RTX 4080 16GB FE cards.

We don’t currently have any information regarding the specs of the NVIDIA GeForce RTX 4070 graphics card, but it was supposed to use the same PCB as the RTX 4080 12GB since both featured the AD104 GPU. The AD104 GPU for the RTX 4070 will be severely downsized and it’s likely we’ll either get a 160-bit bus for 10GB or keep the 192-bit bus for 12GB of memory because 128-bit 8GB on a 70-series card or 6GB 192-bit just seems too disappointing and unattractive. It depends on NVIDIA. The RTX 4070 is expected to be announced early next year.

Products mentioned in this article

Uprising: “A whole new world” of animation for Mark Anthony