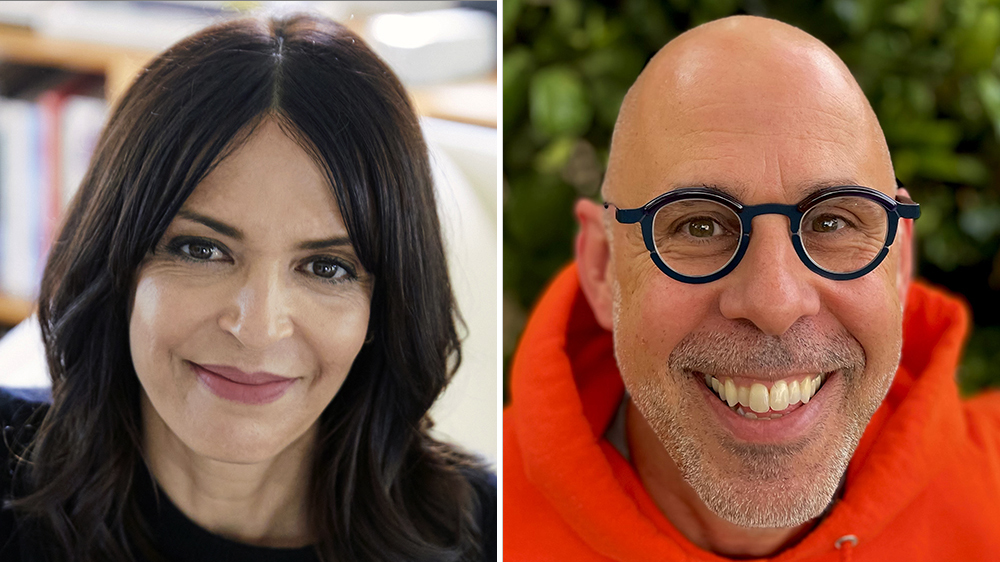 Paramount Animation and Nickelodeon Animation are further aligning themselves under animation president Ramsey Naito with a pair of major executive moves.

Latifa Ouaou has been named Executive Vice President of Films and Global Franchises for Paramount Animation and Nickelodeon Animation Studio. Ouaou will oversee the theatrical releases and streaming content of the films on Paramount and Nickelodeon.

“Latifa has an incredible resume and an incredible reputation,” says Naito. “The community knows and loves her. He’s a talent magnet. She has a great taste for the material. And she’s really worked in so many aspects of animation that she can really see a movie from development to production. She’s just really great.

Ouaou was most recently with Illumination, where she produced films such as “The Grinch” and the upcoming “Minions: The Rise of Gru.” Prior to that, she worked for DreamWorks Animation as a producer, working on the “Shrek” franchise and “Puss in Boots,” and she co-produced “Monsters vs. Aliens.”

Casemiro was previously senior vice president of early childhood education at Nickelodeon and most recently served as executive producer of the studio reboot “Rugrats.” He worked on the original “Rugrats” when he was senior vice president of creative affairs at Klasky-Csupo Productions. While at Klasky-Csupo, Casemiro was responsible for the development and production of Nickelodeon shows such as “The Wild Thornberrys”, “Rocket Power”, “As Told by Ginger”, and “All Grown Up”. He also led the development and production of feature films for Paramount Pictures, including “Rugrats Go Wild”, “The Wild Thornberrys Movie”, “Rugrats in Paris: The Movie”, and “The Rugrats Movie”.

“Over the past three years, we’ve evolved to such a degree that it’s really allowed us to step back, reorganize and put in place two really fantastic lieutenants, helping to drive and continue to build movies and series,” Naito said. “Latifa and Eryk each have exceptional track records in developing and producing some of the most beloved and recognizable animated content for children and families, and I’m thrilled to have them take on these key new roles. Under their leadership, Paramount and Nickelodeon are building the next chapter in groundbreaking storytelling.

Ouaou and Casemiro will report to Naito.

The past three years have been a whirlwind for Nickelodeon, culminating in an explosion of projects. “About three years ago when we started this new chapter of Nickelodeon, there were maybe nine things in production. And now, cut to today, after going through the challenges of a pandemic, we We are now at nearly 60 productions across series, shorts and movies, also including theatrical releases. And last year we had some historic news with Nickelodeon and Paramount Animation combining forces under one roof. I think it continues to exemplify our growth,” says Naito. “He supports and aligns our content plans for everything. It strengthens us as an animation powerhouse.”

Current projects for Nickelodeon and Paramount Animation include the launch of “Big Nate” as well as the production of another adaptation of Lincoln Peirce’s book, “Max and the Midknights”; more popular franchises, including a ‘PAW Patrol Movie’ sequel and new seasons of the ‘PAW Patrol’ series, ‘Star Trek: Prodigy’, ‘Baby Shark’, Blue’s Clues & You’ and ‘Santiago of the Seas’ , as well as “Monster High”, “Transformers” and “Tiny Chef”, which are currently in production.

“We are planning to launch a whole new series of shows, which I am really excited about. And ‘Big Nate’ is a big one. ‘Big Nate’ will launch on Paramount Plus on February 17,” says Naito. “’Big Nate’ is…based on a book that has sold over 20 million copies worldwide. Translated in 30 countries. So I feel like there isn’t a fourth grader in the world who doesn’t know who Big Nate is and isn’t excited about this show. The leadership of the show and the look, the stories, it’s so much fun. It’s going to be a phenomenal show.

Another show Naito is excited about is “Tiny Chef.” “It’s with our Imagine partners. And ‘Tiny Chef’ is something of a YouTube phenomenon. Kristen Bell is also working with us on this. And then we have “Monster High” with Mattel and “Transformers” with Hasbro. So we’re super excited about all the new shows coming up.

Other new series include ‘Hamsterdale’, ‘Zokie Sparkleby’ and ‘Rock, Paper, Scissors’ from the Intergalactic Shorts program. Naito says the program’s shorts will air this year, but “Rock, Paper, Scissors” was greenlit as a series. It is created by Kyle Stegina and Josh Lehrman. “It’s really just a hilarious show about Rock, Paper and Scissors, who are characters that everyone is going to fall in love with,” Naito said.

“On the movie side, last year we had four successful big premieres with ‘Sponge on the Run,’ ‘Rumble,’ ‘The PAW Patrol Movie,’ and ‘The Loud House,’ which we premiered on Netflix,” says Naito. “Under Latifa’s leadership, we have a strong slate of upcoming films. She will oversee our development slate and new content coming soon.

One of the films is “The Tiger’s Apprentice”, scheduled for February 2023. It stars Henry Golding and is directed by Raman Hui and co-directed by Paul Watling and YongDuk Jhun. Bob Persichetti, who was one of the directors of “Spider-Man: Into the Spider-Verse”, is a producer on the project.

Other films include “Teenage Mutant Ninja Turtles: The Next Chapter,” produced in partnership with Seth Rogen, Evan Goldberg and James Weaver of Point Gray Pictures and directed by Jeff Rowe, slated for August 2023; and “PAW Patrol: The Mighty Movie”, produced in partnership with Spin Master and directed by Cal Brunker. Avatar Studios’ cinematic strategy will also fall under Ouaou’s purview.

For Nickelodeon and Paramount Animation, that’s just the tip of the iceberg. And it’s all happening while they’re still 100% apart, due to the ongoing pandemic.

“I think the reason we thrive is because our teams are so dedicated to their jobs,” says Naito. “They love what they do and the artists are not only incredibly talented at what they do, but they’re just great managers and figured out how to go from being able to work and doing what they do in person to Zoom. Which is totally different, a whole different set of challenges, but they got it. We all figured it out together.