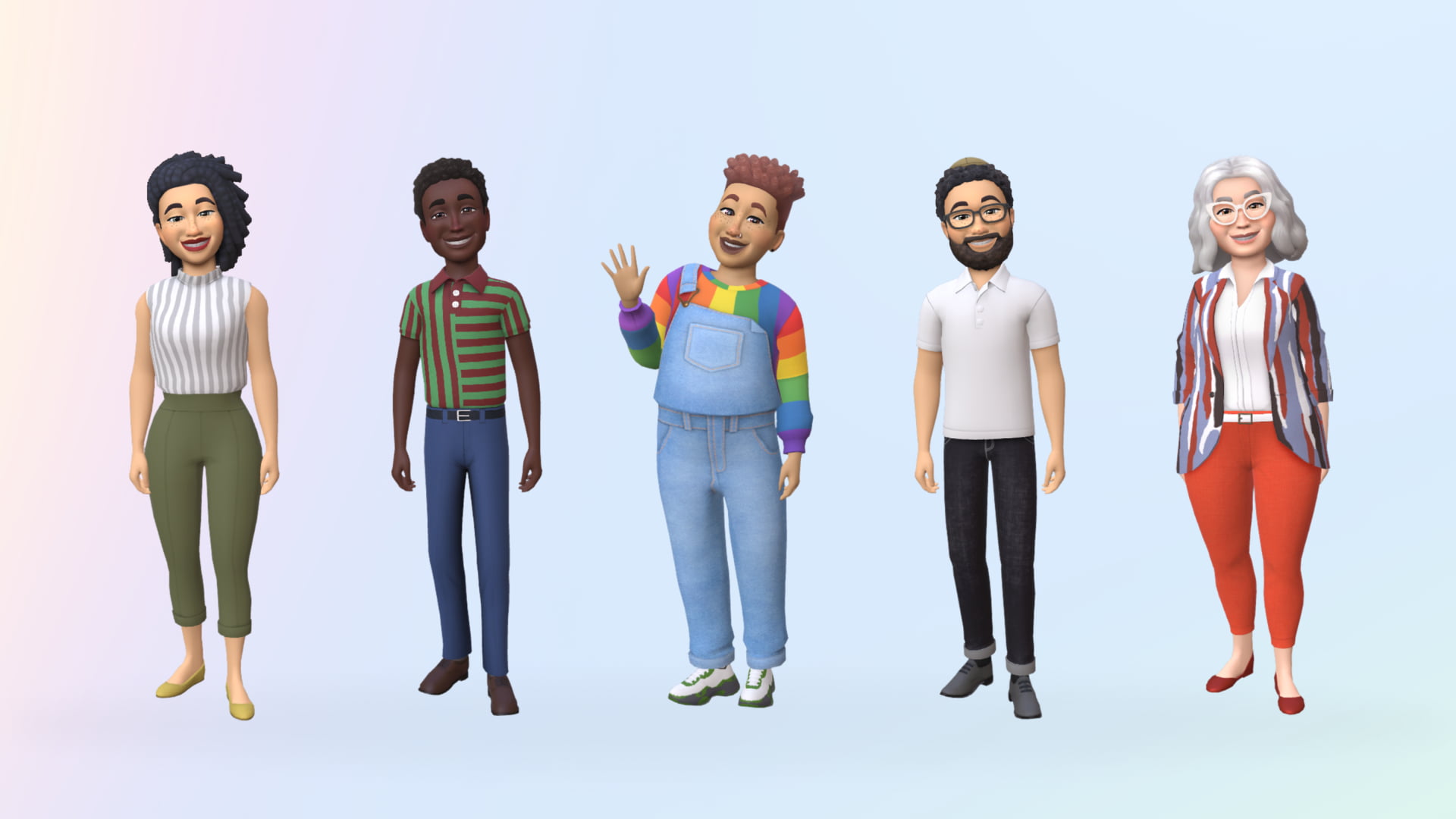 During Connect 2022, Meta unveiled new avatars for its internal metaverse app, Horizon Worlds. More details, smooth movements and legs are supposed to provide a realistic social virtual reality feeling. But there are already doubts whether the new avatars can deliver what the presentation promises.

New Meta avatars will be improved step by step. In October, they will be able to reproduce users’ eyes, blinks and facial expressions in real time. This will work via eye and face tracking on the new Quest Pro mixed reality headset.

Those concerned about their privacy can rest easy, according to Meta. All data collected through eye and face tracking will remain on the device, will not be shared with Meta or developers, and will be deleted after processing.

Additionally, the graphics will be completely overhauled next year, which should add realism to the currently simple avatars. Meta announced a graphical update for Horizon Worlds in August. Previously, the Metaverse app was heavily criticized for a disappointing avatar selfie of Zuckerberg.

In addition to detailed faces and improved graphics, avatars with legs will provide an enhanced social VR experience in the future. Full avatars will be introduced to Horizon Worlds later this year and will also work on Meta Quest 2 (review).

After a trial period and technical adjustments, avatars should appear in more apps. Next year, Meta plans to provide VR developers with a corresponding SDK so that avatars can be individually adapted to VR games and applications.

As there are currently no VR headsets that can reliably track legs, position and movement are calculated by devices and may deviate from actual movement. Meta therefore only shows the supposed position of other people’s legs in Horizon Worlds.

You still won’t see your own VR legs. Meta wants to avoid a perceived lag between real movement and movement experienced in VR, which could disrupt immersion.

During Connect 2022, Meta CEO Mark Zuckerberg showed off the new avatars with his colleague Aigerim Shorman. Both lifted their virtual legs, stretched them or jumped in the air. Movements felt smooth and quite realistic against the backdrop of the stylized environment.

For those wondering about the legs featured in Connect’s keynote (@hrafntho). Meta: “To allow for this preview of what’s to come, the segment featured animations created from motion capture.”

According to UploadVR editor Ian Hamilton, however, the presentation did not reflect what VR users would actually experience. In a tweet, he quotes an anonymous Meta source saying, “To allow for this preview of what’s to come, the segment featured animations created from motion capture.” So it remains to be seen whether the next generation of Meta avatars will already be able to implement what was shown at Connect 2022.

Note: Links to online stores in articles may be so-called affiliate links. If you buy through this link, MIXED receives a commission from the supplier. For you, the price does not change.