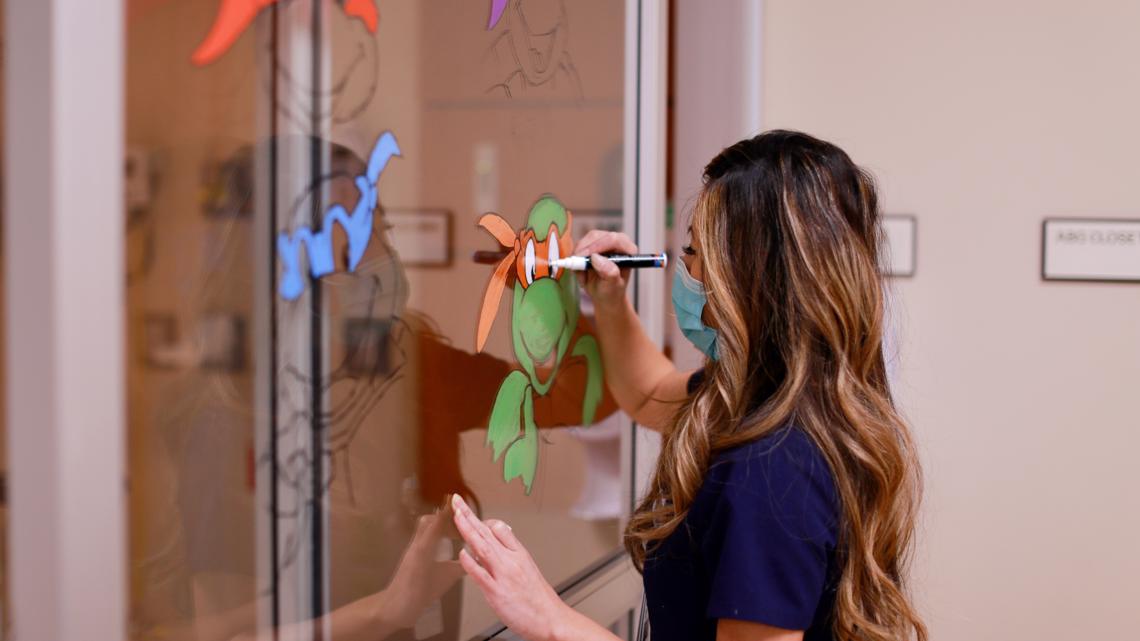 A clinical nurse coordinator at St. David’s Children’s Hospital brings smiles to children in the intensive care unit by painting artwork on their windows.

AUSTIN, Texas — A Central Texas nurse coordinator is helping to make the children’s time in the hospital a little more enjoyable.

Ly Truong is a clinical nurse coordinator in the pediatric intensive care unit at St. David’s Children’s Hospital. She is also a very talented artist. During the pandemic, Ly began to combine her two passions, creating illustrations and paintings of the characters children know and love on her patients’ windows.

She uses a mixture of paint and chalk markers to create the adorable illustrations. Although she sometimes chooses what to share herself, she is also known to accept requests from her patients and their parents.

His portfolio of hospital artwork includes drawings of the minions from “Despicable Me” and characters from “Paw Patrol,” “Sesame Street,” “PJ Masks,” and “Teenage Mutant Ninja Turtles.”

Truong said his favorite part of creating the illustrations was seeing his patients’ faces when they woke up and saw him.

“I think it’s good that children have a choice when they are in hospital. They don’t have much choice about what they can do or like. They have to take all these drugs they’ve never taken before or be stuck in their room because they’re contagious. So it’s really nice that they can choose the characters that go on the windows or choose the colors of the characters,” Truong said.

She said she would continue to bring smiles to her patients and show her craft in the pediatric ICU. She said St. David’s had talked about creating a mural with her art inside the hospital, but it’s still in the works.

Police arrest protesters who stayed at the US-Canada Bridge

Police: Florida couple forced their teenage son to live in a box in a garage for years