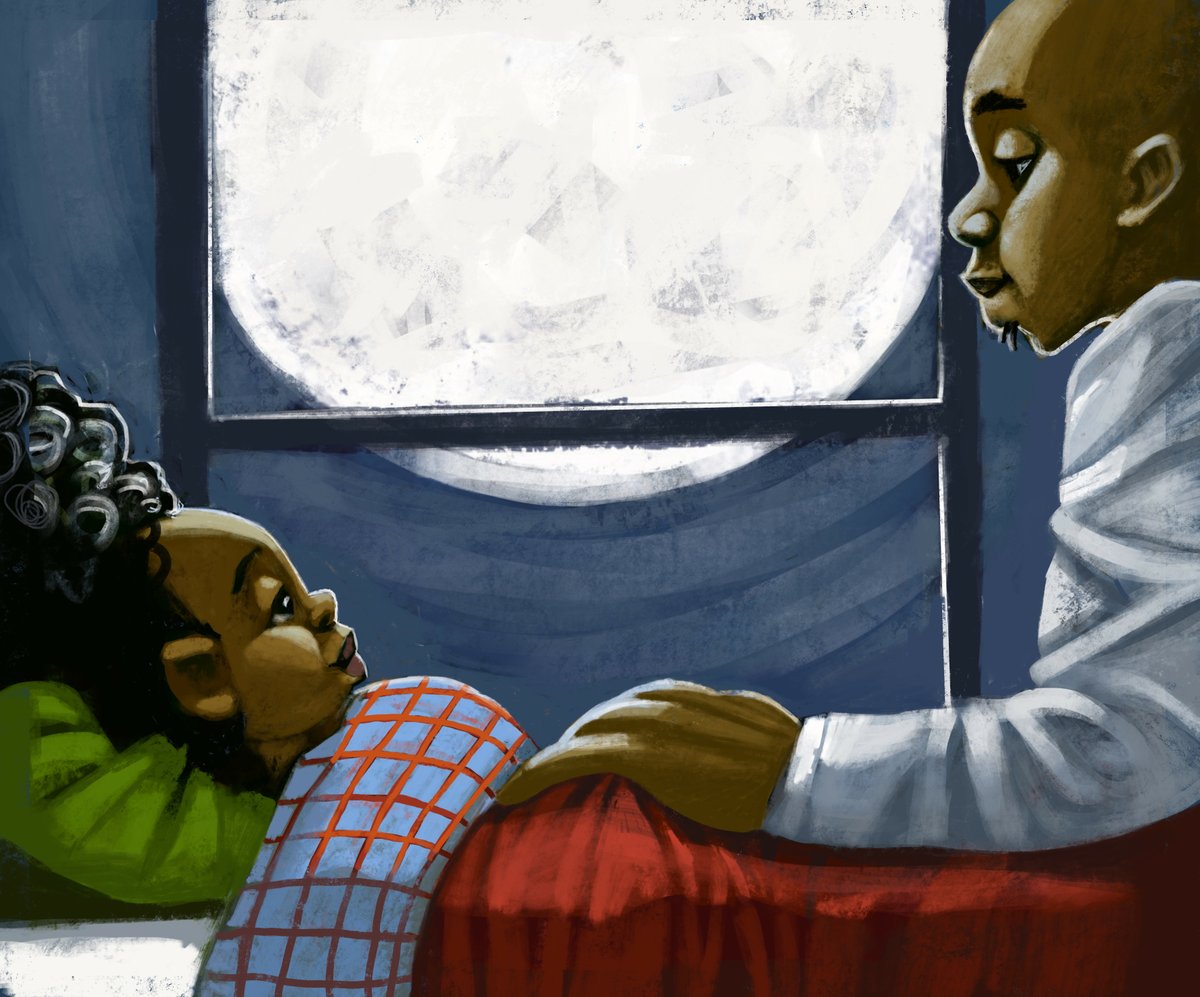 On the cover of the new Penguin Random House picture book Hello racism, a father tenderly tucks his young child into bed under the glowing light of a full moon. The stylized hands, faces and colorful patterns in the image are the recognizable work of St. Louis artist Cbabi Bayoc.

In 2019, Bayoc was contacted by the publishing house to produce the illustrations for good night racism. The book, released on June 14, was written by the founding director of the Center for Anti-Racism Research at Boston University, Dr. Ibram X. Kendi. Kendi specializes in anti-racism education and is the author of five #1 New York Times bestselling books. His collaboration with Bayoc is a simple yet striking children’s book aimed at “[deliver] important messages about anti-racism, justice and equality in an easy-to-read format that empowers readers young and old,” according to Kendi’s website.

When Bayoc saw that Kendi was the author of the story and that Penguin Random House was publishing the book, his decision to join the project was “no brainer,” he says.

The deadline was tight. Bayoc only had two months to transform his first digital sketches into fully realized double-page spreads. Unlike wall painting, which he has focused on for the past few years, picture book illustration forces Bayoc to create images from a limited number of words.

“It’s a very weird and weird process and hard for me to grasp,” Bayoc says. “But I feel good on the other side once I’ve done it.”

good night racism explores themes of identity and self-acceptance. Bayoc says he brainstormed “thousands of images” and constantly brainstormed with the book’s graphics team to ensure it captured the essence of Kendi’s text. As an artist who focuses on family, fatherhood, and the experience of childhood, Bayoc appreciates the book’s message of unity and acceptance.

“I would say that [Goodnight Racism] introduces children that no matter your cultural background or worship, we all deserve to not only fall asleep, but to wake up and live in a world that is peaceful and accepting of who we are,” says Bayoc.

In the future, Bayoc would like to write and illustrate his own books. But, for now, he says he hopes good night racism can serve as a tool for parents and their children to imagine a better world.

“I think there are so many people doing good work here,” Bayoc said. “I just hope I was able to add my little bit.”