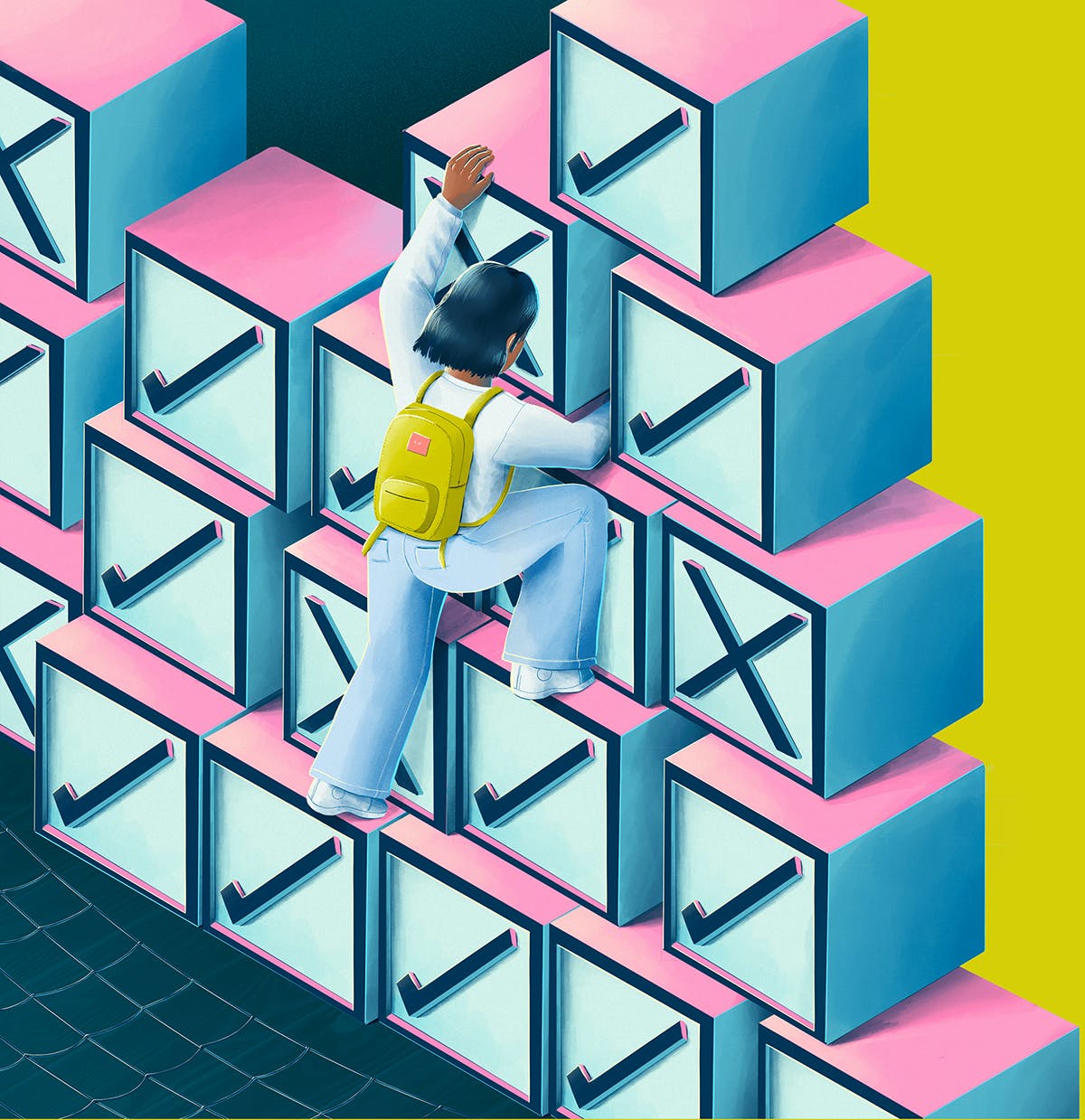 Born in Colombia and now based in Washington DC, it was during Katty Huertas’ undergraduate degree that she began experimenting with different mediums such as ceramics, animation, art and digital drawing. â€œI got a little graphics tablet and started testing it with the software that came with it, nothing too advanced,â€ she says. “I didn’t see this as a step towards illustration but rather as a new artistic tool.”

Back then it was the heyday of Tumblr and Flickr and whatever Huertas created she posted to her accounts on those sites. Then, one day, his first editorial commission came out of the blue, to create a series of illustrations for the late Lenny Letter (originally created by Lena Dunham and Jennifer Konner). â€œI was still in school and since I was a fan of the newsletter, I was super excited because they also wanted to pay me. I remember thinking, “I would do this for free!” I definitely don’t think like that anymore, â€recalls Huertas.

“It was my first dive into editorial illustration. I continued to illustrate for them until it closed and had clients here and there through this exhibition, but since I had no idea how the business aspect worked or how to sell myself, my clients were few and far between. ”

Since then, Huertas has grown more savvy and now has a host of repeat clients, often creating jobs for The Washington Post, The New York Times, NBC Today, and Wired, among others. In addition to illustration, Huertas also works through animation and graphic design to create some variety between his projects.

“I can get bored very easily, so I like to jump between projects and mediums. For this reason, I am always looking to expand my toolbox even if I do not always succeed, â€she explains. â€œI once tried to learn creative coding because I wanted to do more interactive work and realized it wasn’t for me. I started experimenting with animation because I wondered what my paintings and illustrations would look like if they could move. Although it takes a long time, if you know how to draw, you can probably animate frame by frame, which is the type of animation I like the most.

Huertas’ illustration style is figurative, delicate and full of detail and although she creates her editorial work digitally, she has adopted a pictorial aesthetic. â€œI’m also inspired by the vibrancy of where I grew up and I’ve always been a ‘more is more’ type,â€ she says. “I want to translate this into my work, which is why my work is often filled to the max.”

The illustrator enjoys the fast pace of editorial work, often finishing an article two days after receiving the brief and then seeing it in print or online a few days later. “I also like the fact that there is no specific theme you are working on and that you can learn more about different fields like science, politics, arts and culture or technology,” says Huertas. â€œMy favorite briefs are the ones that allow me to create surreal spaces but make them a little believable through the execution. If an assignment is just to recreate a photo or a place without â€œmagicâ€, then it’s not as fun for me. I also like when the art director gives me free rein to have fun, at least in the sketching phase.

Huertas’ creative process begins with reading the dissertation several times and taking notes, then researching if it is a topic she is unfamiliar with. “I then make some really rough stick-like thumbnails so that I don’t forget my ideas, and I try to jot down a few words with them because it’s happened before that when I look at them again I don’t remember not what they were about, â€she explains. â€œI try to make these interesting compositionally, but also to bend the reality a bit. For example, it could be a tiny person with a giant pencil or syringes growing flowers with their needles.

After that, she takes three of those ideas and then turns them into fully formed line sketches. Then, once one of them is approved, it starts by blocking the shapes with the last step adding the finer details – this is where Huertas is most in his element.

â€œI could spend hours sketching hair or adding highlights to something most people won’t even notice,â€ she says. “I always try to give myself a few hours between finishing and sending an item because time can give you perspective and allow you to see if something is wrong.”

In her personal work, Huertas often explores identity, and when working for a client, she always likes to incorporate part of it where she can. â€œI also try to be inclusive whenever I illustrate characters to try to balance the lack of representation in what we see there,â€ she says. “And I want people to slow down and get lost in the details, to bring a sense of magic to everyday life.”