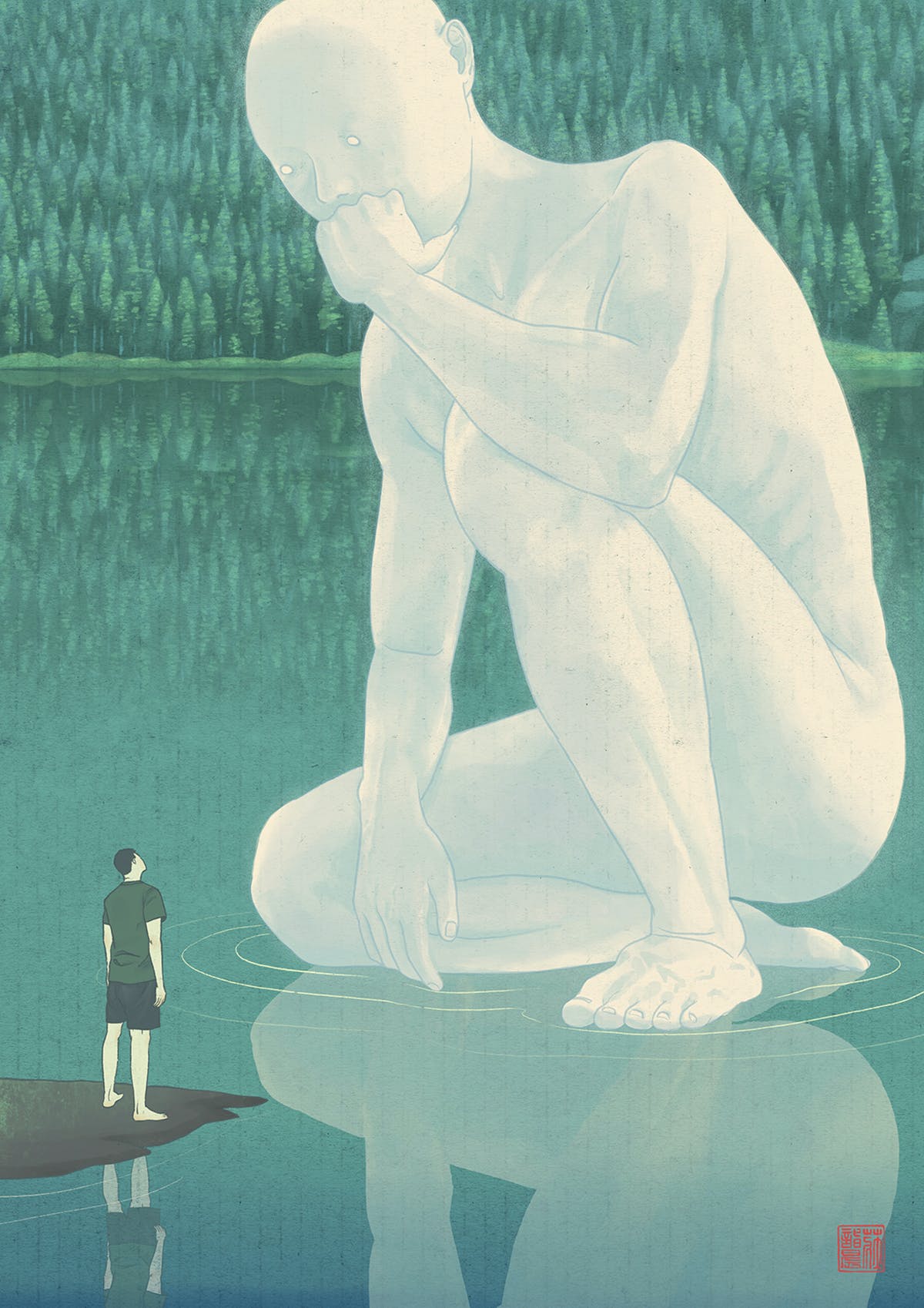 Jason Chuang taps into the emotions buried in his dreamlike illustrations

“Most of my personal drawings rely heavily on the subconscious,” says illustrator Jason Chuang. “I try to leave my mind free and tap into my feelings. I’m a very sentimental person.

Based between Taiwan and the UK, Chuang describes his work as “surreal and dreamlike”, drawing inspiration from the surrealist movement and embracing how dreams can “reveal parts of our suppressed experiences” and “hidden memories”.

As a child, he went to a weekly art class and absorbed the stories his teacher told the group. Uncomfortable drawing in class, he often left with “blank paper intact” but his head full of ideas. After sketching throughout high school, he went on to higher education in illustration, having recently completed an MFA at the Royal College of Art in London.

Now a practicing artist and illustrator, he hesitates to lock himself into his style and actively avoids having too much formula in his work. “I like to see every piece is a new challenge, unfamiliar territory for me. It’s scary, exciting, but painful at times, and I have to restrain myself from doing things that I know would work when things don’t work, but the gain is much more valuable to me this way, so often I would rather trust the unknown and avoid following a pattern.

“Medieval oriental art also inspires me enormously,” he says. “I tried to bring elements of this period into Asian art as a nod to my own heritage.” It also draws from “eastern philosophy and science fiction films, especially those dealing with time travel and films that challenge the perception of reality”.

Chuang recently attended a conference titled Asian Comics: Beyond Manga alongside three other comic artists, where he shared his experience working in the world of art and illustration so far. “I spoke about a central point in my practice when a very prolific art director in New York told me that my work ‘looked too Asian’ and what a negative quality that was to have. and which would not please the public”, he explains. Ultimately, however, he says “this experience [strengthened] my belief that Asian origins are an integral part of me, and it certainly influences my experience in a western society from an early age, and the importance of using one’s unique voice.

“Like many incredible artists that I am, I try to push myself further into more unknown territories, [and] when it comes to comics, I don’t really consider Asian comics as a category,” he continues. “I don’t feel like that defines me as an artist, but there are definitely influences from my background in my work, and I hope people will look at the ‘Asian Comics’ title without too much ado. ‘preconceived ideas but rather with an open mind. .

While Chuang talks about the anxiety he felt while drawing in those childhood art classes, today illustration is less a source of anxiety than a way to deal with those feelings. He sees the process of putting ideas on paper – and on iPad – as meditative, and has found it to be a way of dealing with alienation, loneliness, grief and, of course, the pandemic years.

His non-linear personal series Days Spent in Isolation, which won an award at the 2021 World Illustration Awards, addressed the feeling of being stuck inside. “At the start of the pandemic, I was in a state of constant anxiety, fearing at the same time that getting sick would prevent me from painting for a long time, and I became even more productive than usual,” he says, adding that “the pieces I produced during this time are very personal and will always be special to me.

The last few years have been transformational in other ways, with Chuang leaving the confines of the education system and entering the independent world. “I still have a lot of trouble finding the balance between work and rest, orders and personal work,” he says. “It’s all happening in my bedroom now, I love it and I hate it at the same time, my work schedules are very fluid, and my life routine can be quite messed up, and it’s also sometimes difficult to find motivation. “

However, he finds a rhythm in the daily rituals and tries to give himself a little respite from work when he needs it. “I have big and small plans for the future, so it’s really important to take good care of myself and try to stay calm and not get too overwhelmed,” he said. “It may seem a bit miserable, but I’m generally optimistic and positive about what my future holds.”