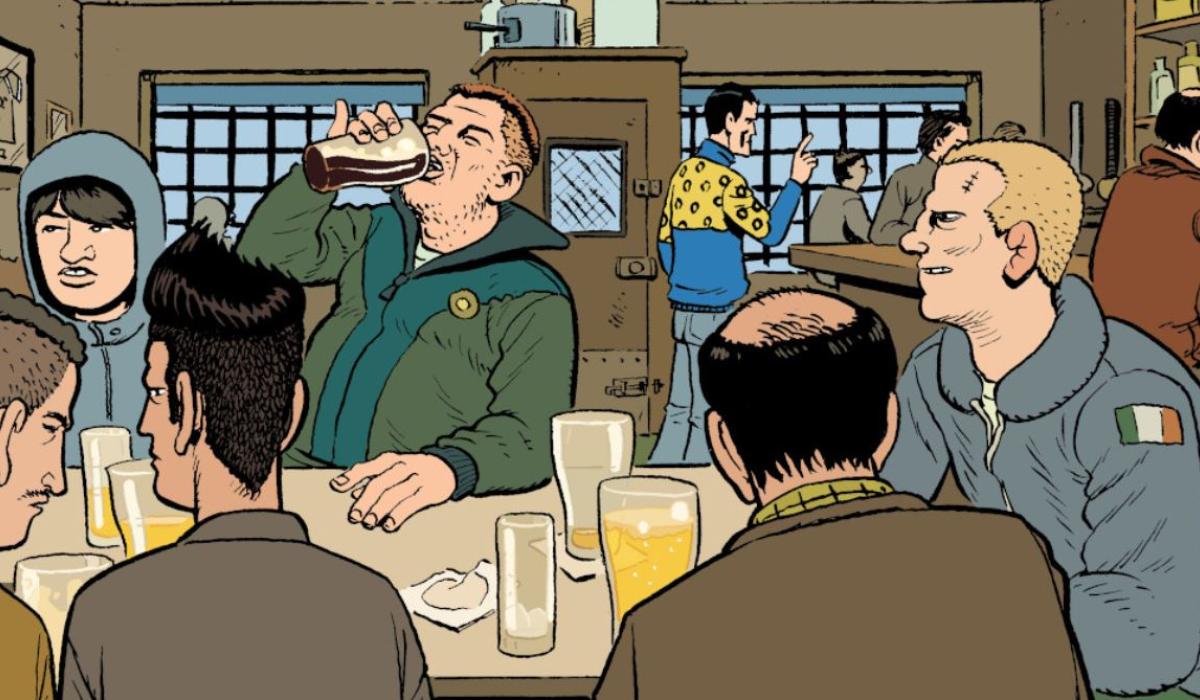 Marcus Fleming, IFTA Award winner for Dominion Creek and IFTA Award nominee for The Running Mate, will serve as the series’ editor. The announcement was made by Lighthouse Studio General Manager Claire Finn.

Savage Town is loosely based on real events that took place in Ireland at the turn of the 21st century during one of the most pivotal times in the country’s history, a period of economic growth that transformed it from one of poorest countries of Western Europe into one of its richest.

During this period, known as the Celtic Tiger, ordinary people suddenly had money to spare, and with money came opportunity. Savage Town follows a local gangster who sees an opportunity to play a major role in controlling the town but finds himself trapped between two rival gangs with the same intent.

“With Savage Town, Declan, Philip and Jordie have created a gripping story that touches on societal themes that are relevant today around the world, including what happens to those left behind, the struggles of working class, discrimination and gang violence,” commented Finn.

“The graphic novel provides us with a solid backdrop to further develop the story and deepen the storylines to create a binge-worthy adult animated series that will resonate with audiences around the world.”

“Savage Town is a tribute to an important period in Irish history. With rich characters and a core storyline set amid chaos and cultural change, I’m thrilled to play an integral role in bringing Declan’s artistic vision to the screen,” said Fleming.

“Savage Town is an Irish crime story, but one that is recognized around the world as developing countries adjust to times of economic boom and people rush to take advantage of new prosperity and opportunity,” said added Shalvey.

“Because of the history and sensitivity of this period, it was very important that we collaborated with an Irish studio that understands the local significance of the story, but has the creativity and ability to adapt it. to audiences around the world. Lighthouse Studios and Marcus Fleming bring the vision we were looking for to further develop the world we created in Savage Town.

Marcus Fleming, an award-winning veteran writer, began his career as an animation artist, which led to writing and developing films and television. Fleming wrote the Dominion Creek series for TG4 and Netflix UK, which follows the adventures of the Connolly brothers, three Irish emigrants who travel from Montana to the Yukon during the Klondike Gold Rush of the 1890s in hopes of getting rich. The series has won numerous awards, including an IFTA and ZEBBIE for Fleming for Best Drama Writer. He was also nominated for an IFTA award for the political drama The Running Mate. Additional series credits include Smother, Jack Taylor and Red Rock. Fleming is based in Dublin, Ireland.

Lighthouse Studios was established in 2017 as a joint venture between two widely acclaimed animation studios, Canadian Mercury Filmworks and Irish Cartoon Saloon. More recently, the studio produced El Deafo for Apple TV+, which premiered on January 7, 2022, winning top awards such as the Humanitas Award and Youth Award – Special Sound, and created 2D animation high-end for a slate of titles including Little Ellen for Warner Bros. Animation, which debuted on HBOMax in September 2021; The upcoming Bob’s Burgers Movie with partners Mercury Filmworks for Bento Box Entertainment and The Cuphead Show for Netflix; as well as the Emmy-nominated series and Amazon’s Bug Diaries, Give A Mouse A Cookie. The Kilkenny-based Irish studio is also currently developing original content for global distribution.

Uprising: “A whole new world” of animation for Mark Anthony