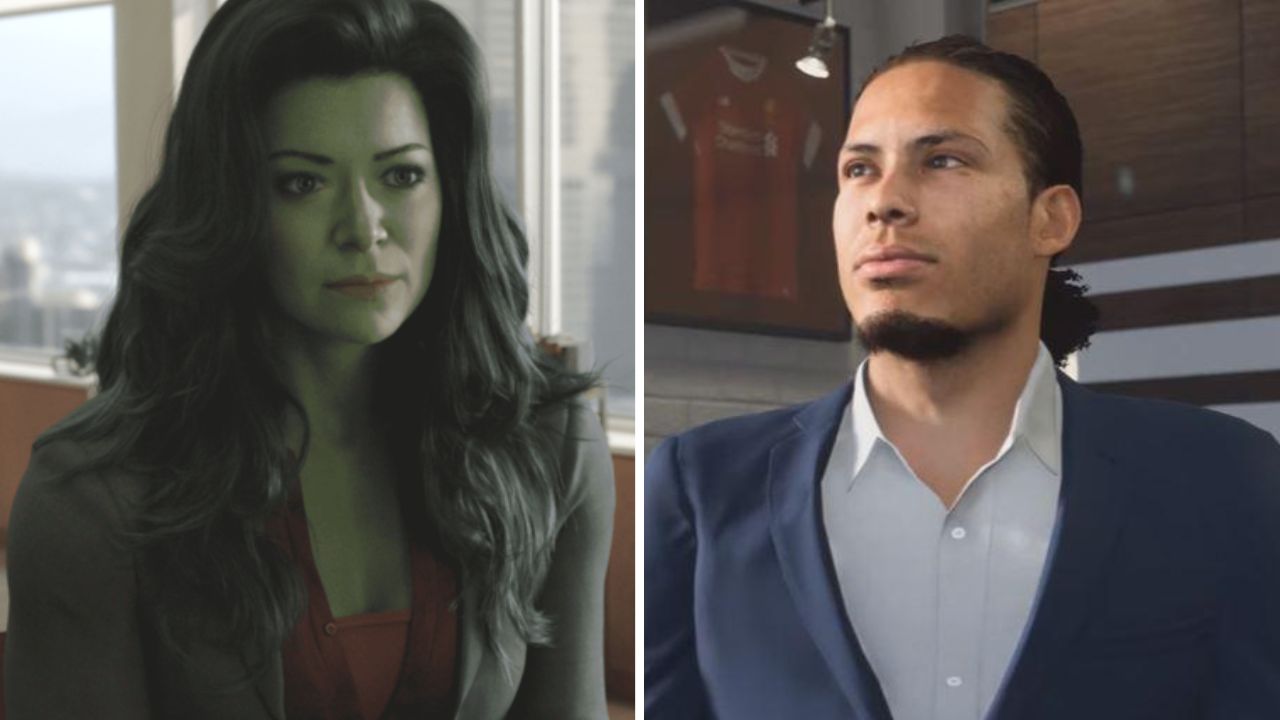 Marvel Studios has been releasing new movies and TV shows faster than we can watch them.

Their latest show, She-Hulk: Attorney at Law, an action-comedy, has generated both excitement and trepidation.

Due to this incredible pace of content production, the CGI department is struggling to keep up, and She-Hulk is no exception.

This show follows Jennifer Walters, who is a lawyer and also Hulk.

A clip from the latest episode with guest star Megan Thee Stallion has been the subject of hundreds of viral memes in recent days.

One of the most prominent tweets was one that compared this clip to that of a career mode signature cut scene in FIFA 22.

Avid FIFA users will remember that these cut scenes are something of an iconic part of the game.

Before signing a player, the managers sit down together, either in the office or in the cafe, and try to come to an agreement on the player.

This is rarely what happens in real life, which involves the technical director, the transfer committee and the other members of the board. Much more than the player and manager are involved, but for the game it works quite well.

This clip of She-Hulk is almost reminiscent of those clips, and She-Hulk herself could be compared to the manager of the team whose player we want to buy.

Marvel’s decision to create so many shows and movies at the same time has been questioned because it deals a very heavy blow to production value.

Others defend the show by explaining why the cutscene looks as bad as it does in this clip.

Several users pointed out that this clip looked bad because the user had enabled “Motion Smoothing” or interpolation, which resulted in an increased frame rate.

This may be desired for some videos, but not for shows shot at a specific frame rate and edited the same way.

As for the people watching the show, the series is getting better day by day.

Although Episode 2 was criticized for being too short and having some story gaps, the new episode seems to be making up for some of the viewership the show lost.

Incidentally, the show could gain traction in football and gaming circles. As they say, all publicity is good publicity.