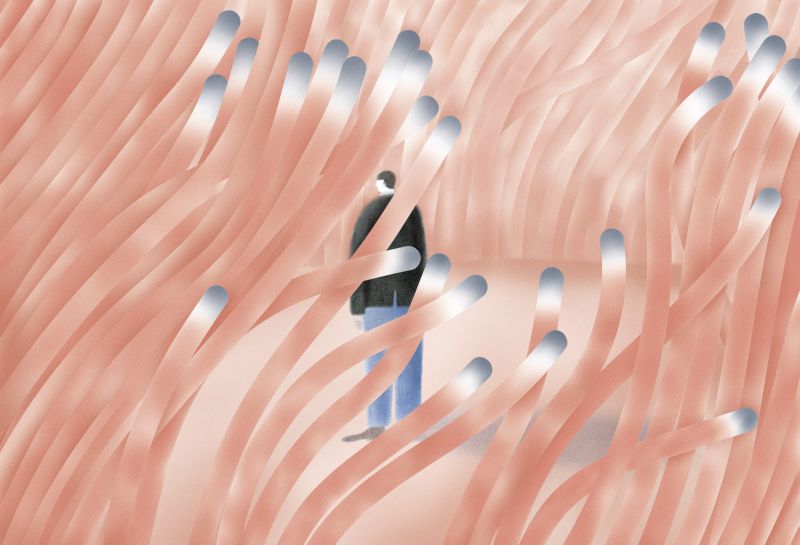 Considering Hoi Chan’s art is soothing to look at, it’s surprising to learn that his upbringing was much more dynamic. Born and raised in Hong Kong before living in New York for nine years, his environment is a far cry from the outlook he manifests on the page.

He tells Creative Boom, however, that illustration is his escape from the outside world, “I find calm and serenity there.” Now based in New Orleans, the area’s lush tropical surroundings, not to mention its rich history, opened Hoi up to colors he had never used before. “I’m surprised how much a city can shape my illustrations.”

That’s not to say that Hoi’s background played no role in his artistic development. Indeed, the colors of ancient Chinese artifacts and Japanese paintings continue to guide him and left a clear impression on his illustrative style. “These color palettes are often a bit unsaturated due to the lack of color pigments,” he reveals. “But I love the tranquility and calmness in the colors of these paintings.”

It is an admiration that seems to be popular. Hoi’s distinctive style has seen him crowned a selected winner of the 39 and 40 American Illustrator Awards, and his client list includes big names such as The New York Times, The New Yorker, The Washington Post and Spotify.

Besides expressive colors, one of Hoi’s other favorite artistic elements is textures. “I believe the sense of touch can give an image a second layer of emotion, and it helps bring the viewer closer to my work,” he explains. Collecting textures and incorporating them into his illustrations had become a passion for Hoi, especially when he “slowly discovered that digital and traditional mediums could coexist in harmony.”

Harmonious is the word. Whether it depicts a man lost in a forest of pink fronds or a figure hanging his fishing rod on leaf-like waves, there is a cohesion to Hoi’s style. Even a pastel-hued towering mushroom landscape or a man slowly emerging from an oversized conch shell feel unified by its blurry color choices and velvety textures.

And if the undulating forms of Hoi’s work seem oddly familiar, it may be because he also turns to the scientific illustrations of American ornithologist John James Audubon and German zoologist Ernst Haeckel. “I think they captured some really beautiful curved lines and textures from nature, and I became very aware of them when I used those two elements in my work.”

The influence of Haeckel’s famous studies of anemones is evident, particularly in the image of Hoi Quiet Seabed. “I would describe my work as understated yet abundant,” says Hoi. “Quiet Seabed was one of the first illustrations I did early in my career, and it still acts as an anchor now when I develop new work. colors and wonder, just like the coral reefs under the sea.”

A graphics card upgrade for consoles