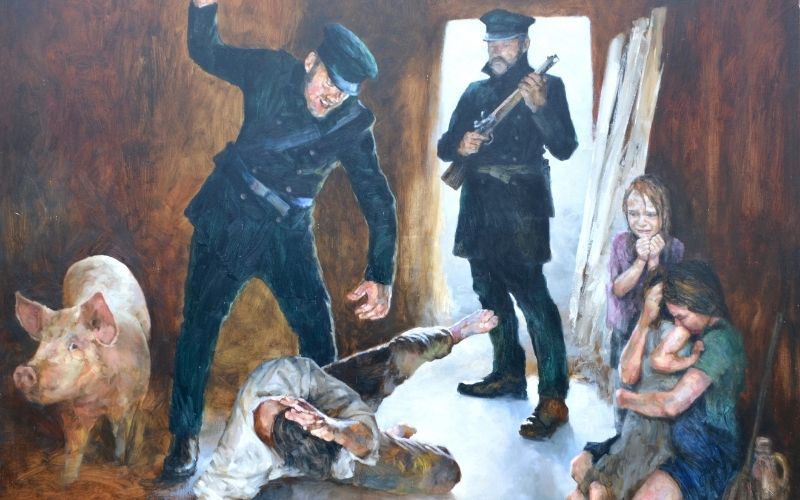 A new book uses eyewitness accounts, original paintings and striking illustrations to tell the harrowing tale of the Irish famine.

Mulvihill commissioned six internationally renowned artists to produce the paintings and illustrations based on the more than 400 eyewitness accounts featured in the book.

Representation of an artist of a famine burial. Jerry Mulvihill.

“After extensive research into the illustrations and paintings of the time, it became very clear to me that the heart-wrenching and true events of the mid-1800s in Ireland were in fact never depicted at all,” Mulvihill wrote in a recent Irish Times editorial.

“I wanted to portray this period of history exactly as it is described in the history books and other sources. The sadness, the horror, the expelled, the dying, the emigrants and the export of food – all the realities of Great Hunger, which until now had been visually concealed. ” 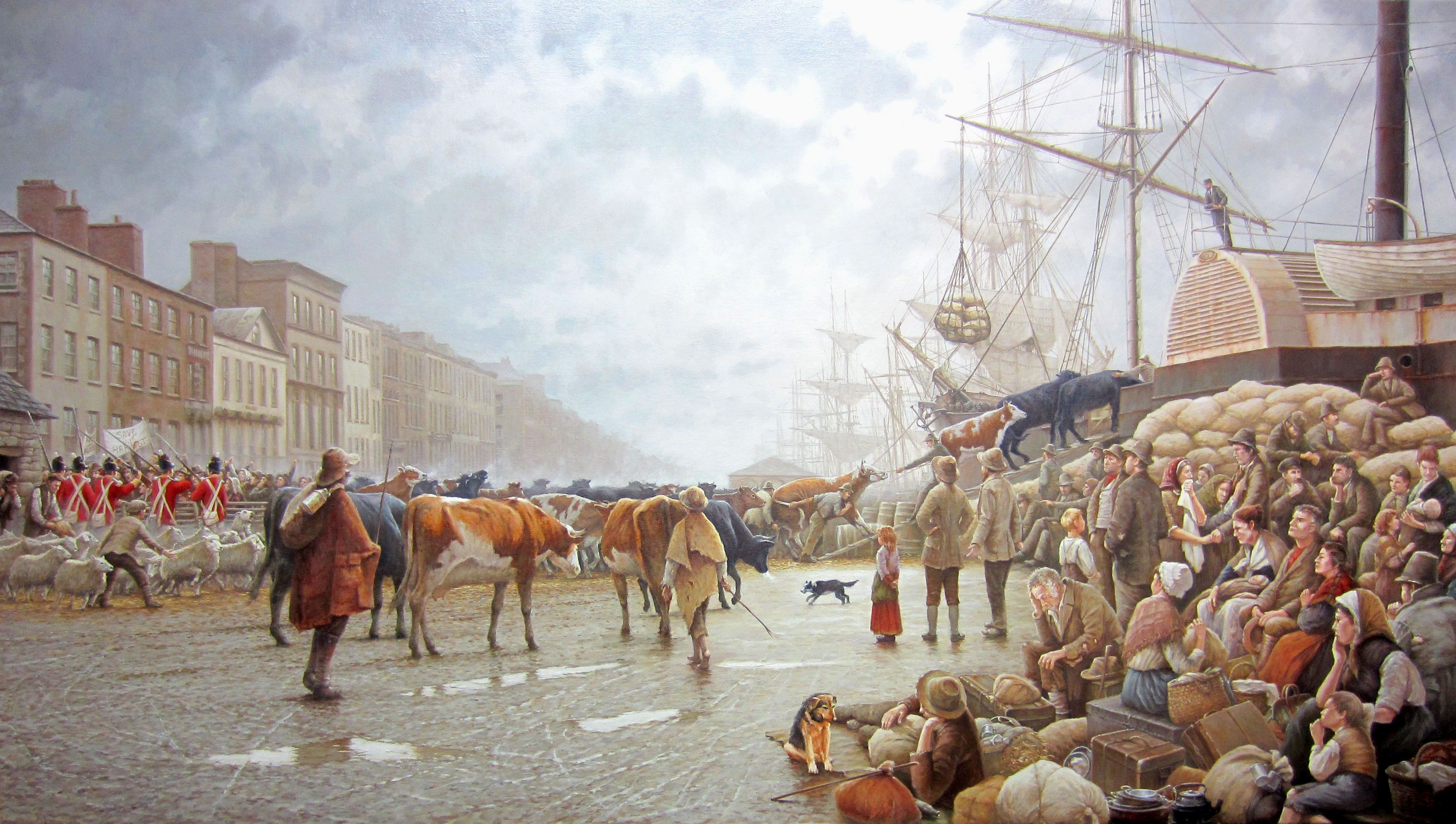 Reports from American and German travelers were among the poignant tales of the Irish famine, describing with painful precision the famine and poverty to which the Irish were subjected.

Meanwhile, Mulvihill found that the newspaper reports of the time differed greatly depending on whether they came from Ireland or England.

The Cork Examiner, for example, accurately described the poverty and famine that many Irish people experienced over the seven-year period. The Times of London, on the other hand, called the reporting exaggeration and chose to portray the Irish as inhuman.

“Great Hunger is understood to be the result of Irish sedition, potato addiction and racial traits. Illustrator John Leech caricatured the Irish by depicting them in rags and, at times, with simian traits.” Mulvihill wrote in the Irish Times.

Kerry’s author has been widely acclaimed for his latest work, with Irish President Michael D. Higgins describing it as “a wonderful and widely documented book”.

Former President of Ireland Mary McAleese described the book as “a fascinating quest for truth”, while Prince Charles, Prince of Wales “said it was” a fascinating book, which explores the tragic events in the history of our two countries “. 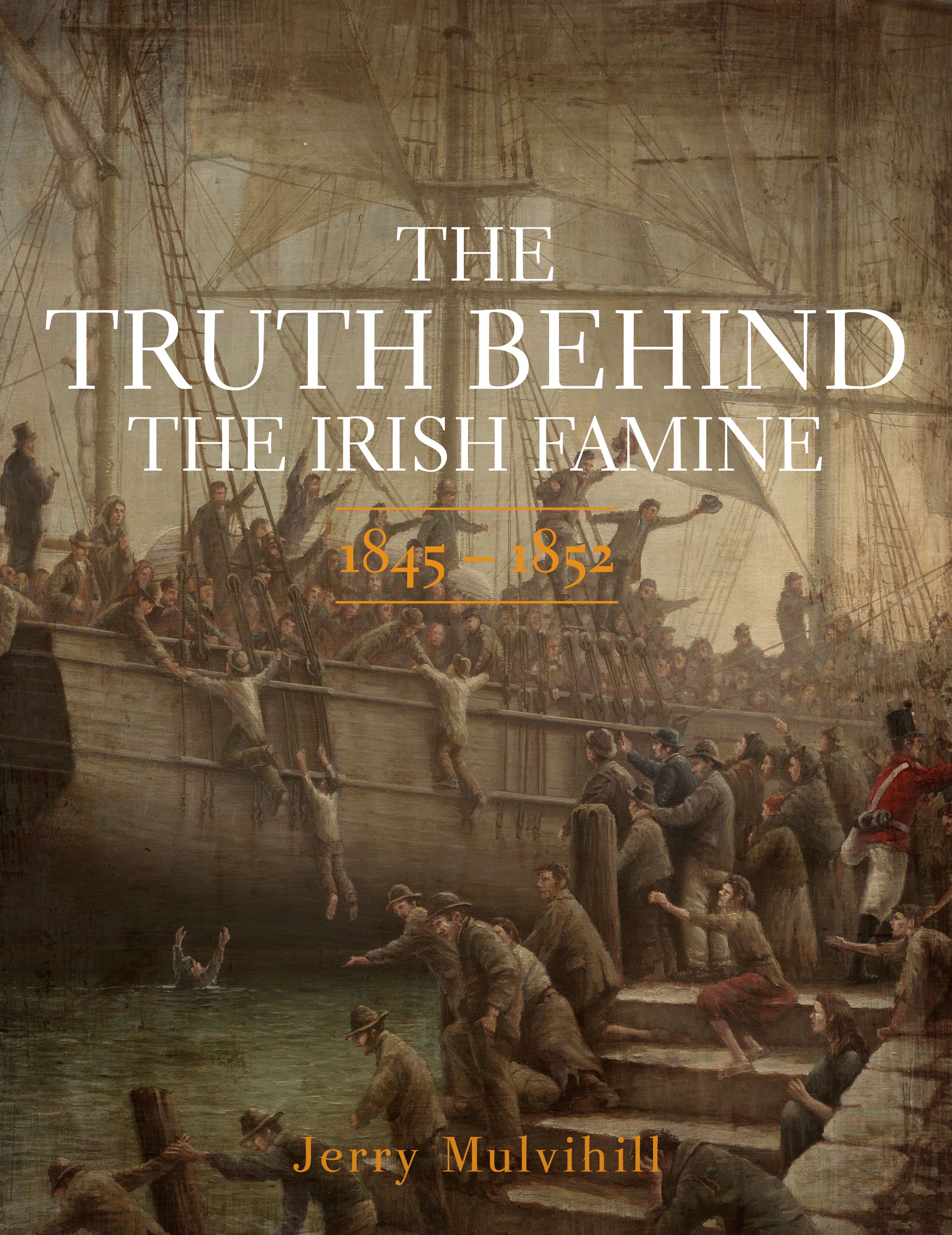 Hardback editions of “The Truth Behind the Irish Famine 1845-1852” can be purchased at www.jerrmulvihill.com for â‚¬ 30, while pocket editions cost â‚¬ 25. All copies are signed by Mulvihill, while international shipping is available. Mulvihill’s two children’s books and his “History of the Puck Fair” are also available for purchase on his website.