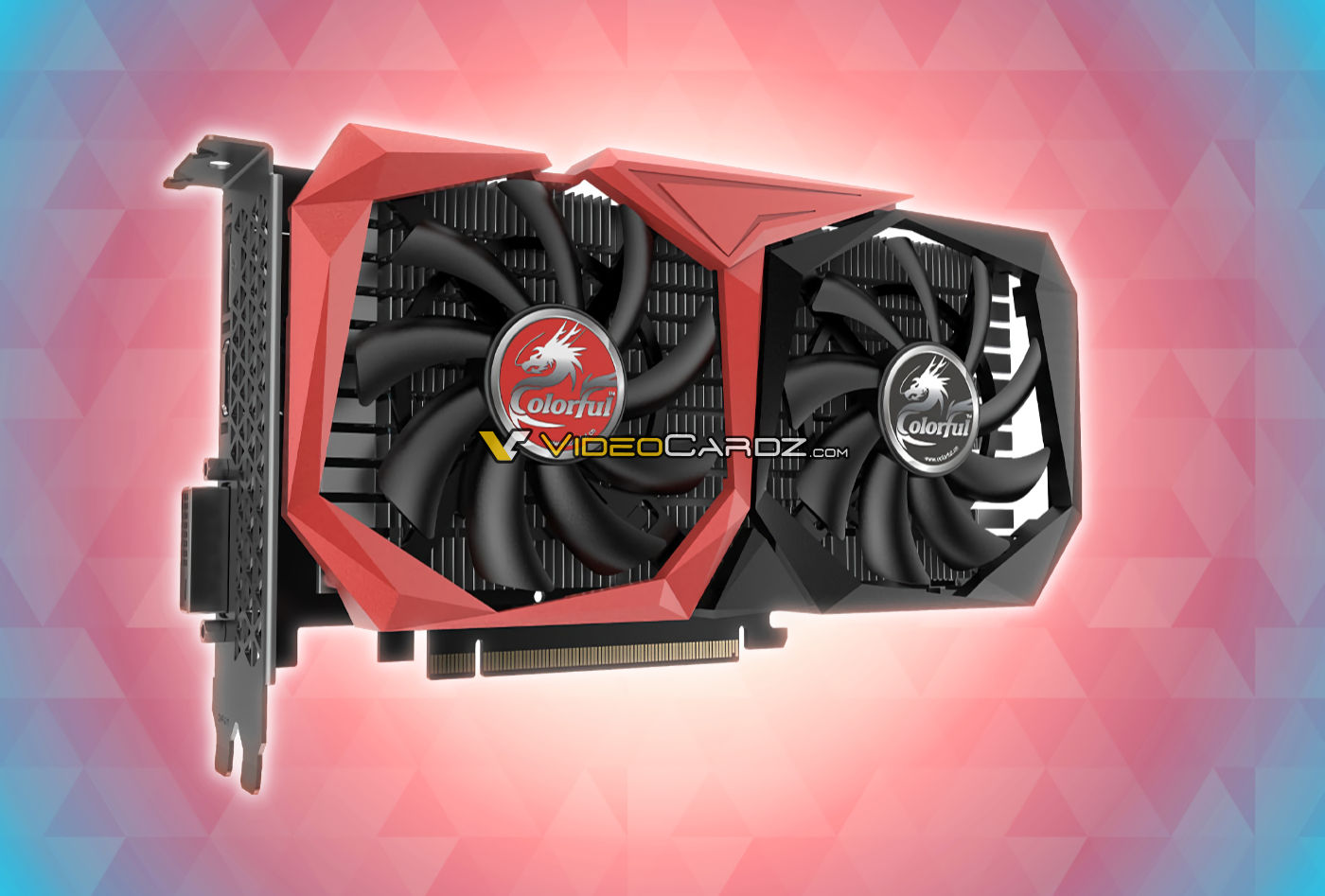 We have two renders of Colorful’s upcoming GeForce GTX 1630. The company is about to introduce the BattleAx model which represents the entry level segment. The card features a dual-fan cooling solution and a single heatsink that spans the entire length of the card.

Although this model is not factory overclocked, it comes with an additional 6-pin power connector. Plus, it’s a completely custom design with three display connectors: DVI, HDMI, and DisplayPort. So yes, there are still cards released in 2022 with DVI ports.

The colorful GTX 1630 BattleAx features a TU117 GPU with 512 CUDA cores and 4GB of GDDR6 memory. Unlike the GTX 1650, this model has a reduced bus width of 64 bits, which severely limits its bandwidth and performance at higher resolutions.

NVIDIA GeForce GTX 1630 is expected to replace the fairly popular GTX 1050 Ti model based on the Pascal architecture. According to previous rumors, the GTX 1630 should be launched on June 28, so in just 3 days.