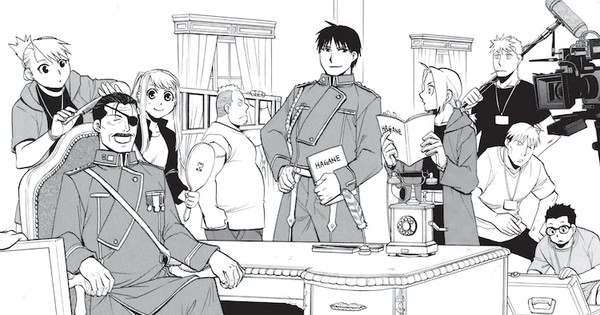 Hagane no Renkinjutsushi: Chicken Kanketsu – Saigo no Rensei (Fullmetal Alchemist: Final Chapter – The Last Transmutation), the second of two live-action sequel films from the Fullmetal Alchemist franchiseunveiled two illustrations of the creator of the manga Hiromu Arakawa which will be distributed in the form of theater bonuses to the participants.

Arakawa’s first manga image represents the film’s key visual and will be distributed to attendees for the film’s first weekend, June 24-26.

The second illustration features the characters between filming sessions, and will be released from July 1 to 3, the film’s second weekend in theaters. 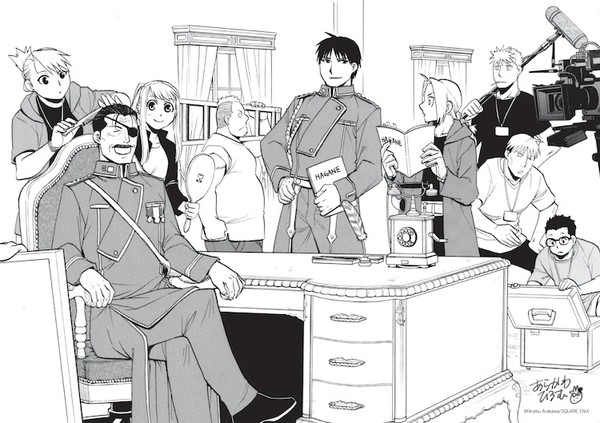 The first live-action film opened the Tokyo International Film Festival in October 2017 for its world premiere, before opening in Japan in December 2017.