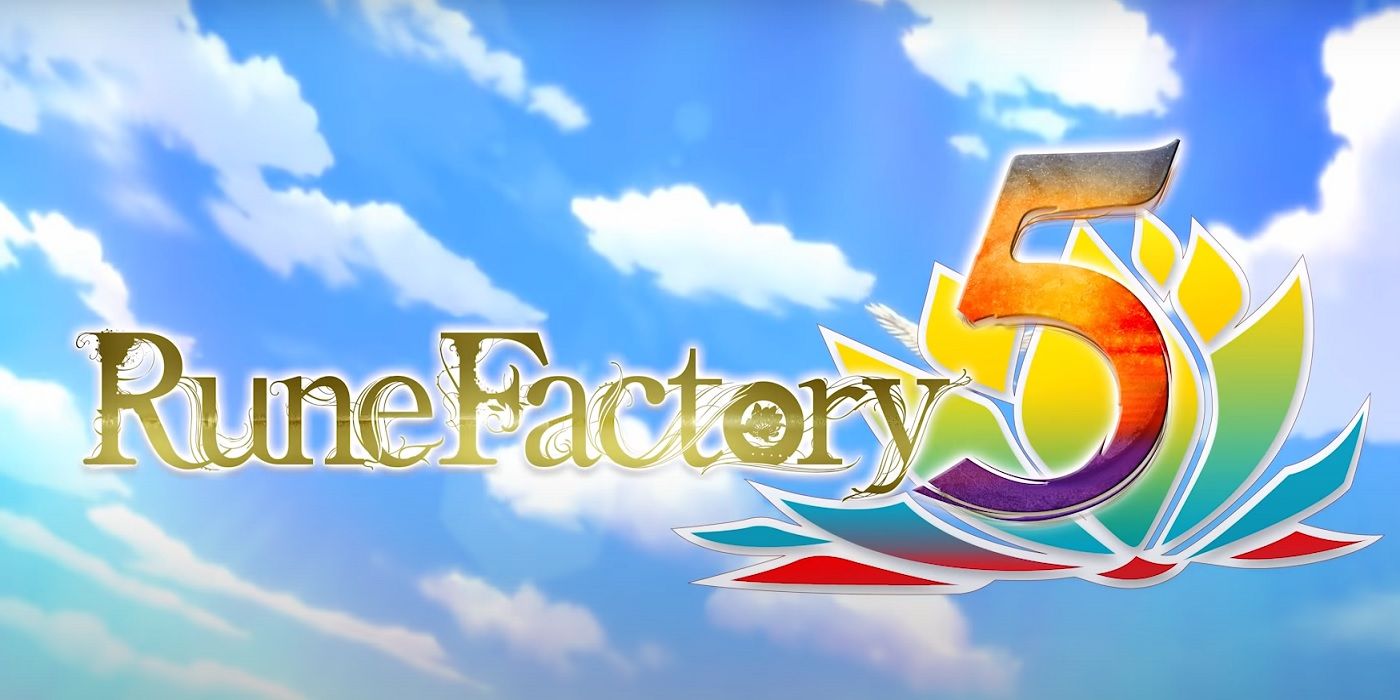 Rune Factory 5 combines classic mechanics from previous games with an interesting story and characters, but suffers from sketchy visuals and animations.

Rune Factory 5 is a fantasy simulation and JRPG that combines slice-of-life farming and social structures similar to story of the seasons with real-time combat systems. Developed by Hakama and published by Marvelous Inc and XSEED Games, the narrative and character stories unravel the mysteries of Rune Factory 5 exciting and rewarding. However, a mix of poor graphics quality and glitchy character animations give the game a dated feel that doesn’t seem to match the power and capabilities of the Nintendo Switch console.

The story of Rune Factory 5 brings back a classic trope seen in the past rune factory Games. The main character, who can be male or female with no LGBTQA Inclusive character customization options, appears outside the town of Rigbarth in time to save a young girl being attacked by monsters. After passing out and being rescued by the townspeople, the main character is discovered to be suffering from amnesia and must help around the town until his memories are restored. During this time, the main character builds relationships with the townspeople, assists the town’s task force known as SEED, and explores the many strange places in and around Rigbarth.

farming in Rune Factory 5 requires more effort and planning than is required in many farming simulation titles. Players will start with a plot of land behind the SEED building and will need to complete tasks displayed on the quest board to obtain the necessary farming tools and seeds. While a handful of basic seeds will be available for purchase from the General Store, players are encouraged to start harvesting what they grow for seeds as soon as they start their farming venture, with high income seeds like tomatoes and Toyherb to collect. early gameplay. Players will also have access to a farm dragon at the start of the story. This dragon houses additional cultivation fields and places to store tamed monsters.

Players will spend a good portion of the day battling monsters in areas outside of Rigbarth and in dungeons found in ruins around the city. Combat takes place in real time, offering plenty of weapon options to master. The combat mechanics are simple and reminiscent of the old Kingdom Hearts games, with the “B” button used for general attacks, and the “X” button providing a more powerful attack. Players can also hold down the “B” button once they reach the required skill level with a weapon to perform a charged attack. While enemy difficulty levels vary depending on where they spawn, players will often find themselves facing multiple opponents at once. Despite Rune Factory 5 Offering a lock-0n feature, it doesn’t perform as well as other combat-focused JRPG games, making it easier to push a button through a flood of enemies, rather than risk attempting combos or more powerful movements.

Building relationships with romance candidates living in Rigbarth is an important part of gameplay progression and includes both romance characters and general NPCs. Rune Factory 5 offers LGBTQA-inclusive romance options, allowing players to date any of the romance candidates, regardless of the main character’s gender. Although this is a milestone for AAA farming simulation games, Rune Factory 5 has a problem with the age range of romantic characters. Although ages are never explicitly stated, the main character and many dating candidates appear to be very young. Although there are a few characters who seem older, they seem to be significantly above the main character’s dating age. Since the player can date, marry, and have children with these potential partners, the age ranges and gaps create a tricky progression that might make many players uncomfortable.

However, the biggest setback for the English release of Rune Factory 5 is graphics and animations. Although the 3D character models are detailed and crisp, players don’t often see them outside of walk cycles because Rune Factory 5 replaces animated cutscenes with static 2D images of characters during interactions. Additionally, the main character animations are often glitchy, with the character model gliding along grass if equipped with a farming tool while running, or running through objects strewn around town and buildings. Because the game has already been out for a year in Japan, it’s frustrating that these types of issues have made it to the English version.

Related: Olive Town Pioneers: Are There Any Gold Products?

The landscapes of Rune Factory 5 are also problematic, with distant mountains seen as lumpy, textureless shapes in the background, and water appearing as a flat blue with minimal animation. While these areas probably wouldn’t have been as noticeable on the Nintendo 3DS system, they are obvious on the Nintendo Switch’s large OLED screen and look even worse when viewed on the TV. The lack of textures and detail is especially noticeable when exploring outside the town of Rigbarth, with areas blending in regardless of where the player is traveling. These visuals will likely be a disappointment for those looking forward to the same graphical quality seen in History of Seasons: Pioneers of Olive Town.

Despite this, Rune Factory 5 offers a surprising amount of detail in its level building, farming progression, and combat systems. Players who enjoy simulation games with in-depth mechanics will likely find the complex system of upgrades and the increasing demands of the game satisfying. Rune Factory 5 also features some of the best character stories in a Marvelous/XSEED game since Story of the Seasons: Trio of Cities, with each character having an intriguing and rewarding story. For this reason, fans of visual novel-style social simulations and narrative progression may find each story rewarding and fulfilling. Rune Factory 5 is a good choice for longtime fans of the rune factory series and could be a fun way for slice-of-life players to combine enjoyable combat with the relaxation of farming.

Laura Gray is a writer, illustrator, and gamer in cozy Boise Idaho. They had freelance careers as nerds, spending time traveling as a professional cosplayer and becoming a published illustrator while working nights as a computer technician. Laura is currently a content writer for the D&D and Screenrant campaigns while working on personal writing projects for publication. They are also busy welcoming their first child into their lives which has been the best adventure life has ever given.