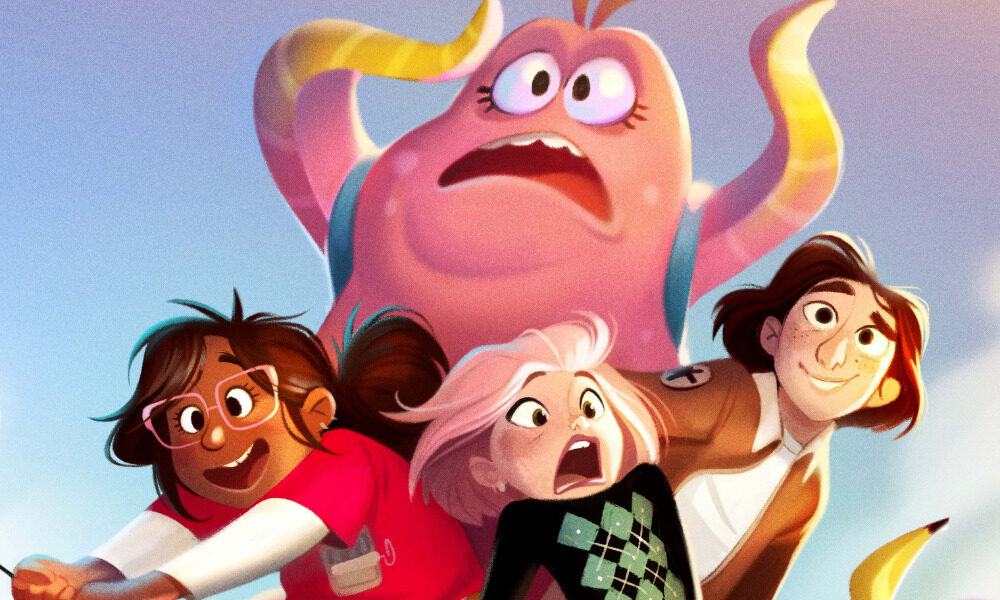 Emmy-nominated studio Gutsy Animations is developing a new 2D animated series titled Monstrous! (52 x 11′) is aimed at children aged 7 to 9 and is looking for co-production partners. This hilarious comedy tells the story of a group of teenagers trying to fit in a world where monsters and humans live side by side. The show celebrates difference and diversity and aims to prove that you can never judge a book by its cover.

Monstrous! follows the hilarious and heartwarming adventures of eccentric teenager Nelly, who has the even more eccentric task of looking after junior monsters while their parents go to town. Yes, Nelly is tasked with gathering creatures with multiple tentacles, off-center eyeballs, and a massive and sometimes uncontrollable capacity for slime. What could go wrong… could it?

Underlying the crude laughs, comedic scares and slapstick adventures will be warm, relatable and emotional stories that resonate with tweens who are beginning to understand the challenges of self-identity and belonging – stories that address and celebrate both the complexities of difference and community, shattering stereotypes and assumptions.

“The heartbeat of Monstrous! is an engaging, empowered female character who embodies a powerful message of acceptance,” said studio founder and creative director Marika Makaroff. “Given this, and our own ethos at Gutsy of tolerance, bravery and commitment to stories that celebrate young women making a difference, we are thrilled to be working on a show that celebrates the fun-filled fantasy world. affirming life.”

Founded by award-winning creator Makaroff in 2016, Gutsy Animations is a Finnish/British production house that creates high-quality content for the international market. The company’s flagship, multi-award-winning production Moominvalley, has a record 18 million starts on Yle’s streaming platform in Finland. The third season of Moominvalley recently received the Albert Certification, a sustainability mark demonstrating how Gutsy Animations managed and reduced its environmental impact during production. The studio also placed fifth in Deloitte’s Technology Fast 50 in 2021, which recognizes the fastest growing technology companies in Finland.

The sincere and heartfelt illustrations of Xinmei Liu