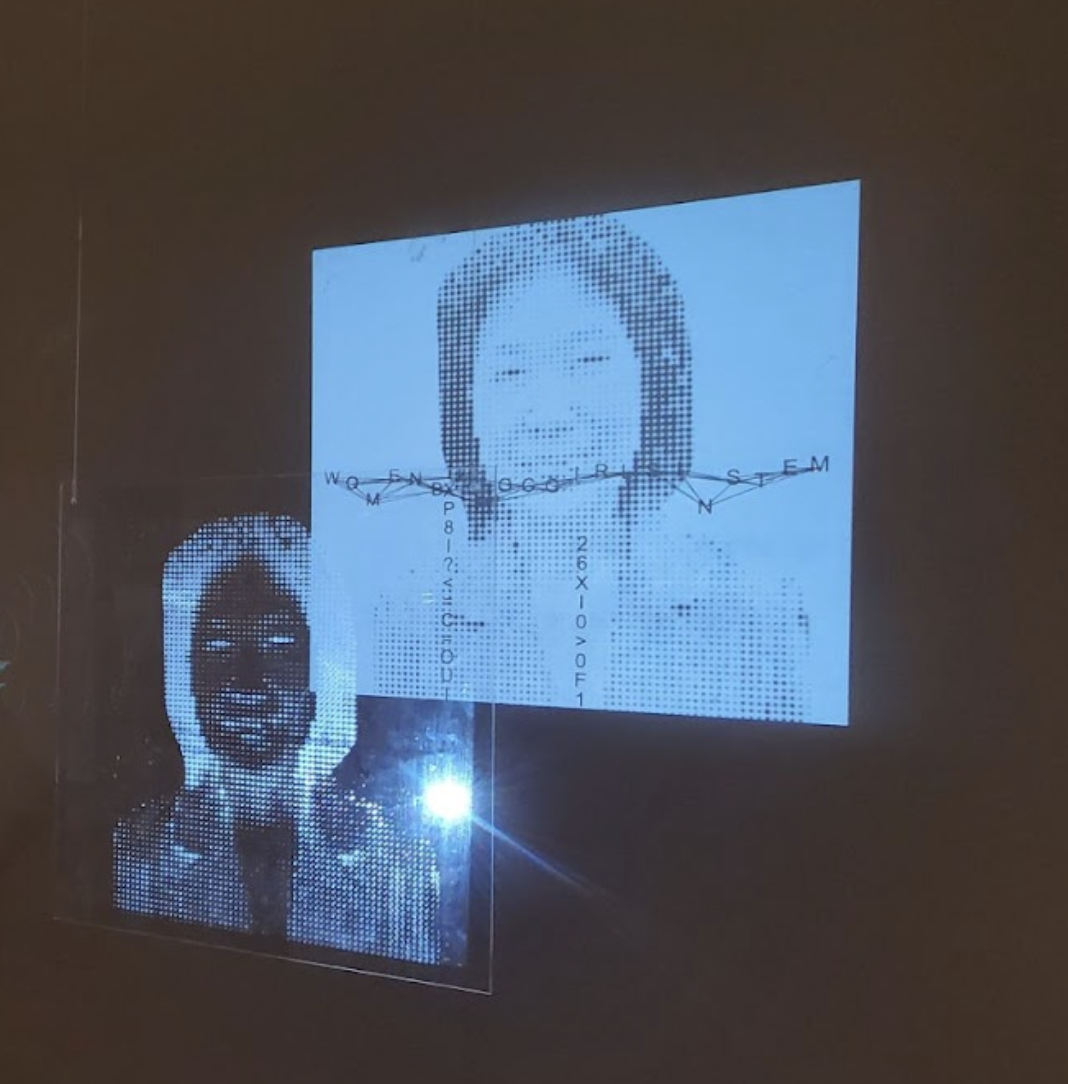 Students of Stanford’s fall term art practice classes showcased their imaginative and innovative work at a studio event open on December 3. Art and Art History and Associate Professor courtesy of Computer Science Camille Utterback. The course explores algorithmic practices of artistic creation, with a specific focus on the Processing visualization tool, a coding language built on Java for artists and designers.

The works of art on display were fresh and, for the most part, just plain effective. Using various contributions, the student artists’ unique visualizations allowed their audiences to tackle topics such as representation in STEM, biosensory information, and weather forecasting through exciting new approaches.

It was a unique experience to walk through the exhibition, where pieces appeared on screens and were projected on the walls of the Stanford Art Gallery. I was captivated by the amount of effort put into the conceptualization and construction of these different works; some of them were surprisingly playful while others were refined in style, although all were generated from the same algorithmic systems.

I was very impressed with Amanda Huynh’s ’23 “Women in STEM” (2021). The piece demands attention with its captivating visual and interactive elements. Huynh, who has a computer science degree, wanted to explore the feelings of alienation that come with working in a male-dominated industry and cleverly uses coding to do so. The play begins as an abstract backdrop of various alphabetic characters from English and Chinese. This seemingly random collection of characters materializes from its erratic arrangement into an organized formation, spelling out “FEMMES BIPOC GIRLS IN STEM”. This progressive shift executed thanks to a sorting algorithm is both intelligent and aesthetically interesting.

The laser cut halftones also formed a female portrait. Huynh told me that the woman in the photo was the coder who inspired her to pursue STEM studies; the camera in front of the projection transforms live images of the audience into live encoded video, involving the audience in this petition for advancement in technology.

Huy Nguyen’s â€œEmbodied Swarmâ€ (2021) also stood out for breaking down barriers. Coded in Unity software, the artwork visualizes the viewer’s concentration in real time. When I entered the open studio exhibit, Nguyen’s biosensing electronics immediately wrapped around my head. Huy then placed clip-on sensors on each of my ears to track the electricity in my body. I was told to focus on an image of flame in front of me, and a live graphic reacted to electrical signals from my brain. The more I was focused, the more the visualizations were still; when I was distracted, butterflies danced in the chaos on the screen to reflect my turbulent thought. Nguyen managed to make some important comments about ease of distraction with this sci-fi inspired piece of art.

Perhaps out of fear of being replaced by algorithm-driven artists, as a painter I was originally skeptical about whether producing algorithmic art had the same value as analogue creation. However, after attending this open studio, my skepticism softened. I discovered that while algorithmic artwork may look different and require different skills, the human urge to communicate and connect was at the root of every room in the open studio.

The works in the class have their own minimalist style and are precise; they are not what we think of when we think of “traditional” art – like impressionist paintings, which have the apparent mark that almost resembles a painter’s handwriting. However, I think algorithmically constructed pieces remain very exciting as emerging art forms, as they allow us to tell varied stories and share data in creative ways.

This is reflected in Harry Moran’s ’23 “Abstracted Atmosphere”, which is a video loop of graphics showing the time of day (orange circle moving clockwise), humidity (color d ‘background) and sky coverage (recursively generated pattern with varying perforations). After much of the work has been transferred to the machines, the value of the work intertwines with the context and the underlying message more than the aesthetic value, alone. In the digital age, art is no longer content with competing in photorealism or using symbols to tangentially provoke a question, but directly presents information and asks the audience to attribute its meaning to it.

The students of Drawing with Code took pride in their very different but totally concise pieces that wowed audiences with wonder and the possibilities of algorithmic design. But while these pieces are remarkable in themselves, the questions they raise are perhaps even more important. Although I was blown away by these innovative student works, as a classically trained painter I was also immersed in a personal existential spiral. The Utterback course asks the question: What is the relevance of labor intensity in traditional art production, given the context of computer-aided art production methods? Should art become more succinct, or does the verbosity of traditional painting methods evoke something entirely different from the sharpness of algorithmic artistic creations? While these questions remain unanswered, I personally believe that art functions first and foremost as a conduit for conversation, an unconventional method of asking questions; stories must shape the method of storytelling, and if code is the most effective way to tell a story, so be it.

Editor’s Note: This article is a review and includes subjective opinions, thoughts, and reviews.

This article has been updated to reflect that Amanda Huynh is a member of Stanford Class ’23, not ’24. The Daily regrets this error.