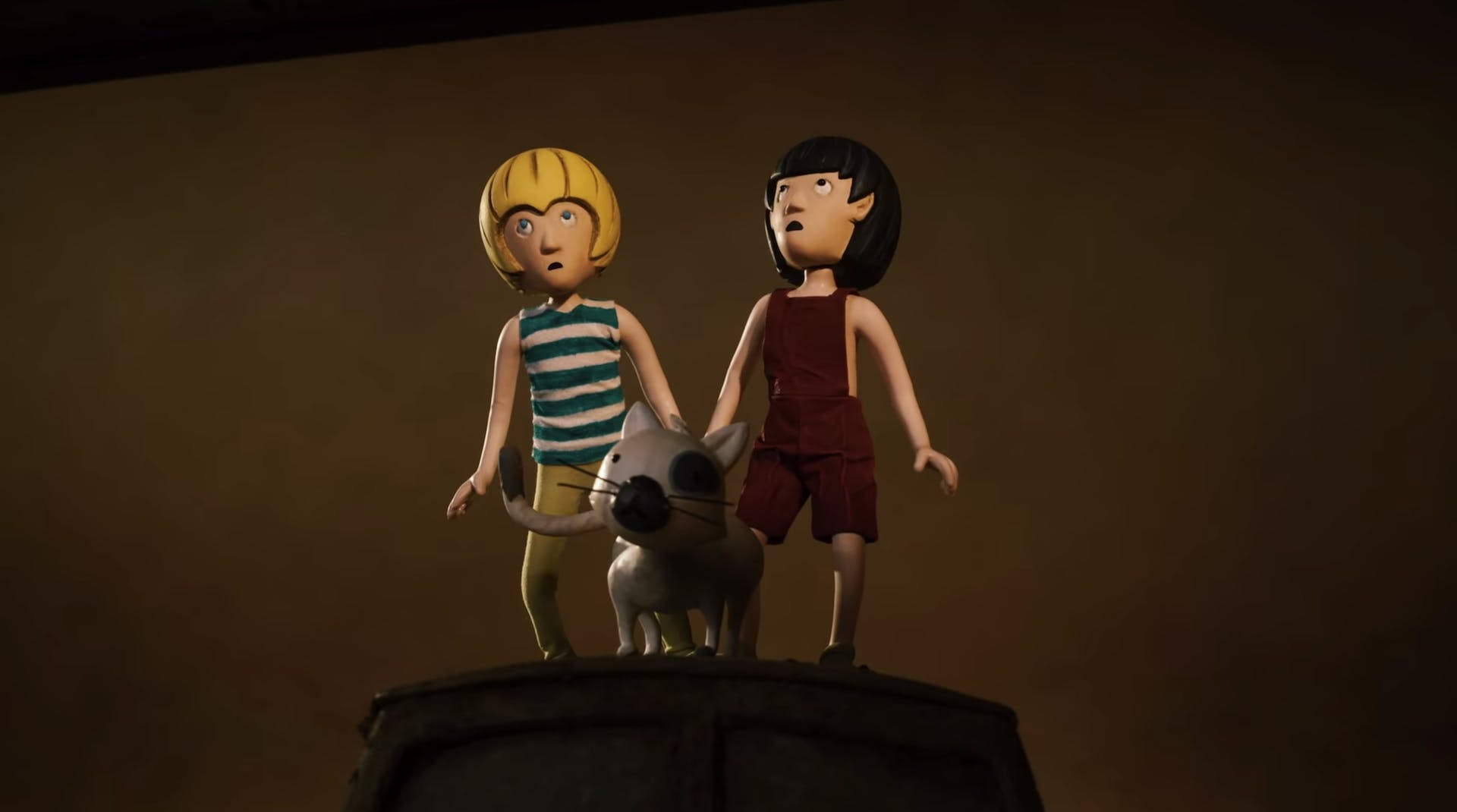 Chris Hopewell is making a stop-motion video for Where Do The Children Play?

This year marks the 50th anniversary of the release of Cat Stevens’ classic album, Tea for the Tillerman. Created after a decade marked by war, protests and environmental disasters, the album – which includes tracks Father & Son and Wild World – has had a profound impact on popular culture. Its release saw Cat Stevens become one of the most influential and influential singer-songwriters of the 1970s, and the record has since earned a spot on many “Best Albums of All Time” lists.

To mark the occasion, the artist – now called Yusuf – is releasing a new version of Tea for the Tillerman, which sees its 11 tracks reimagined for 2020. Created with original album producer Paul Samwell-Smith and guitarist Alun Davies, Tea for the Tillerman 2 has been recorded in the south of France and will be released on September 18th.

This month, Yusuf shared a first look at the record with a new version of the track, Where Do The Children Play? – a poignant song that reflects on the state of the planet and the need to protect it for future generations. With references to oil pollution and urbanization, the song seems oddly timely amid an environmental crisis and a growing awareness of the need to limit our impact on the natural world.

The track was released on June 12 with a new video created by Black Dog Films, Jacknife and director Chris Hopewell, who has created music videos for Radiohead, The Killers, Franz Ferdinand and Run the Jewels.

Inspired by the song’s message and the characters featured on the album cover, Hopewell, Black Dog and Jacknife worked with Yusuf to create a stunning stop-motion story set in a desolate wilderness.

The video was created using upcycled and recycled materials as well as plastic waste collected on the Welsh coast. “The song has a strong environmental message, so we wanted to make a video that reflects that, â€Hopewell said in a statement announcing the video’s launch. â€œWe have decided to make the props and decorations from recycled materials wherever possible in order to minimize the impact of production on the environment. “

Speaking to CR about the making of the film, Hopewell said, â€œThe narrative in the video was a collaboration between me and Yusuf [who created the albumâ€™s cover art]. We talked about a few tales involving the characters and finally came up with the storyline that we have now. He is very easy going and it is a pleasure to work with him.

â€œThe inspiration for me was these very simple children’s animations from the 70s – Oliver Postgate in particular,â€ Hopewell adds. “The idea was to do something that was shot all behind closed doors, with very little postage, and something that had a real old school feel.”

The decision to use recycled materials inspired Hopewell to create an ocean made from found plastic, which was collected from a beach in South Wales. â€œI loved the faded colors and patina of those faded wrecks and jetsam,â€ he explains. About 90% of the materials presented in the project have been recycled: â€œWe even built the grandstand out of old scaffolding planks and reclaimed wood and we bought used paint cans from the local Sofa Project. The stop-motion animation process can create such waste, so it was really nice to be able to build this world with basically a load of old waste going to landfill, â€Hopewell said.

The film was shot in a studio in the Old Market district of Bristol. “It was a six-week shoot that took us to the start of containment. The final days of the final cut were quite strange, as we were all sitting at a distance with masks and gloves. “

Hopewell hopes the film will make people think twice about their own behaviors and take a more thoughtful approach to consumption. â€œThe message of the film is really quite simple: if we continue to generate waste at the rate that we are doing it, we are heading for disaster. We are literally going to drown in our own garbage. The fact that we were able to achieve this production using materials that would have been landfilled is really quite shocking! We picked up ten Ikea bags of plastic waste from a 2 mile beach and barely dented the shit at the tide line. i would like it video to get people thinking about the legacy we are leaving for future generations – we really need to totally rethink the way we consume right now.

Although its setting is dark, the film features charming moments and playful touches, and ends on a more upbeat note – reinforcing the idea that it’s not too late to create positive change. The use of animation allowed Hopewell and Yusuf to deliver a serious message with lightness and humor – something that Hopewell said was important in getting people to connect with the film.

“An element of humor is important when it comes to environmental issues, as some people may feel put off when they feel that they are being told about a â€œvirtuous poopâ€. If you present your case with humor, people are always more receptive, â€says Hopewell.

As the director points out, animation has universal appeal and can be a powerful tool in helping people visualize future storylines or abstract concepts. â€œI think everyone likes the animationâ€¦. It is a very universal medium in which there is often no need for dialogue. The picture says it all.

Yusuf / Cat Stevens share a stop-motion video for “Where Do the Kids Play?” ” [Watch]