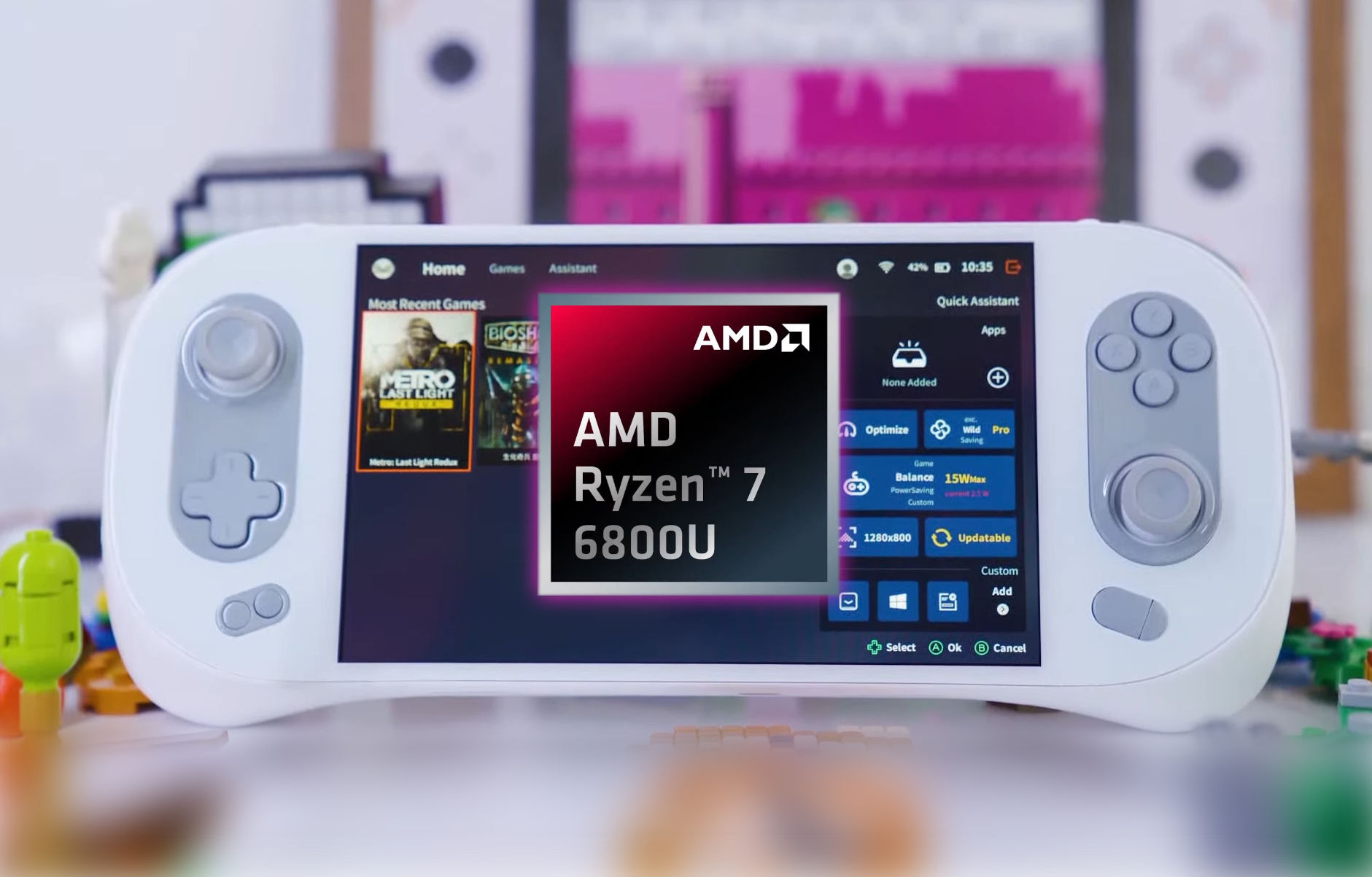 AYANEO2 will feature an RDNA2 graphics card, just as powerful as the GeForce GTX 1050 Ti

The Ryzen 7 6800U is AMD’s newest processor for thin and light systems. This APU has 8 cores and 16 threads which can boost up to 4.7GHz which is 300MHz more than AYANEO Next series. In addition, this processor is equipped with an RDNA2 graphics card, therefore of the same architecture as SteamDeck.

The AYANEO2 console will undoubtedly be faster here, as the 6800U comes with an integrated Radeon 680M graphics card, which has 12 compute units: 50% more than Steam Deck. In fact, the iGPU subsystem can boost up to 2.2 GHz, which is 600 MHz faster than SteamDeck. This means the iGPU is almost twice as fast (3.38 TFLOPS vs. 1.6 TFLOPS). The company’s CEO has confirmed that the device will be just as powerful as the GTX 1050 Ti.

The APU operates in the 15-28W power range, which gives companies like AYANEO2 some wiggle room. Handheld game console manufacturers often use a configurable TDP to unlock optimal performance when the device is docked or simply running on a charger.

The company showcased the device running various games, such as Metro Exodus, Cyberpunk 2077, Witcher 3, Elden Ring and others. From what the company has shown, it has a 1280×800 display. It’s a bezel-less display, which is not the case with SteamDeck or Nintendo Switch.

According to the CEO of the company, Arthur Zhang, who announced the new console, AYANEO 2 will also feature a new fingerprint module and new software features that the company is not yet ready to announce. Finally, the device will be launched by the end of this year, but the exact launch date has not been confirmed yet.