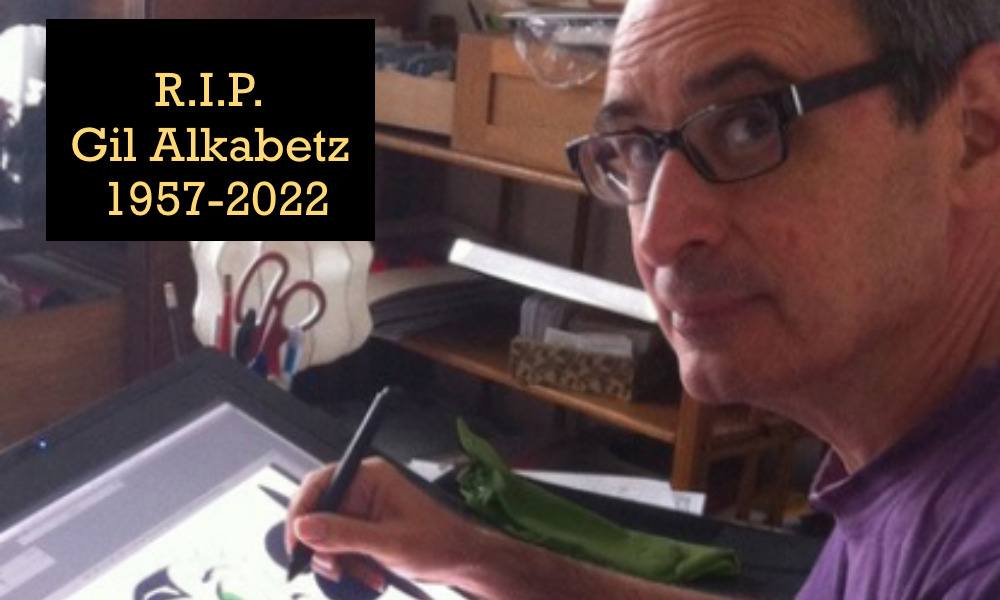 Gil Alkabetz, Israeli-born, award-winning freelance animator and teacher, has died aged 65. Her friends confirmed the sad news on social media earlier today (September 15). Alkabetz was best known for his witty, intelligent, and thought-provoking animated shorts that commented on the follies of life, politics, and human nature.

Born in 1957 in Kibutz Mashabei Sade in Israel, Alkabetz studied graphic design at the Bezalel Academy of Art and Design in Jerusalem. His first animated short film Bitzbutz, quickly became a festival favorite. During the mid to late 1980s, he worked at the Jerusalem studio Frame by Frame as an animation director, as well as a freelance illustrator, comic artist, animation director, and teacher. He made his second short film Swamp at the Kunstakademie in Stuttgart.

In 1995, he moved to Stuttgart, Germany, and worked with studio Film Bilder on commissioned projects for SDR, Nickelodeon, and MTV, as well as his favorite festival shorts. Yankale (1996) and Rubicon (1997). In 2000, he founded his own studio, Sweet Home Studio, with his wife Nurit Israel in 2000. He also taught animation at Konrad Wolf University in Babelsberg and offered workshops at Rocky Mountain College of Art and Design, Denver, and Lucerne School of Art and Design. He was also a visiting professor at the Konrad Wolf Film University in Potsdam-Babelsberg.

“I would love to know where my ideas come from, but I have no idea,” Alkabetz said in an interview with Film Court. “Each film starts from nothing and my experience does not help me either. When I make a film, I can’t say that I learned something for the next one. It’s like I always have to start from scratch. I feel like every movie I make is the first and the last. I never believe I can make another one.

We send our condolences to Gil’s family and all his friends. The global animation community shares your grief. We will update the story as we learn more about this loss.

look To die of love:

Here is the animated trailer directed by Gil Alkabetz for Anima Festival 2021:

One of his last works was the award-winning 2020 music video “Good or Better”.