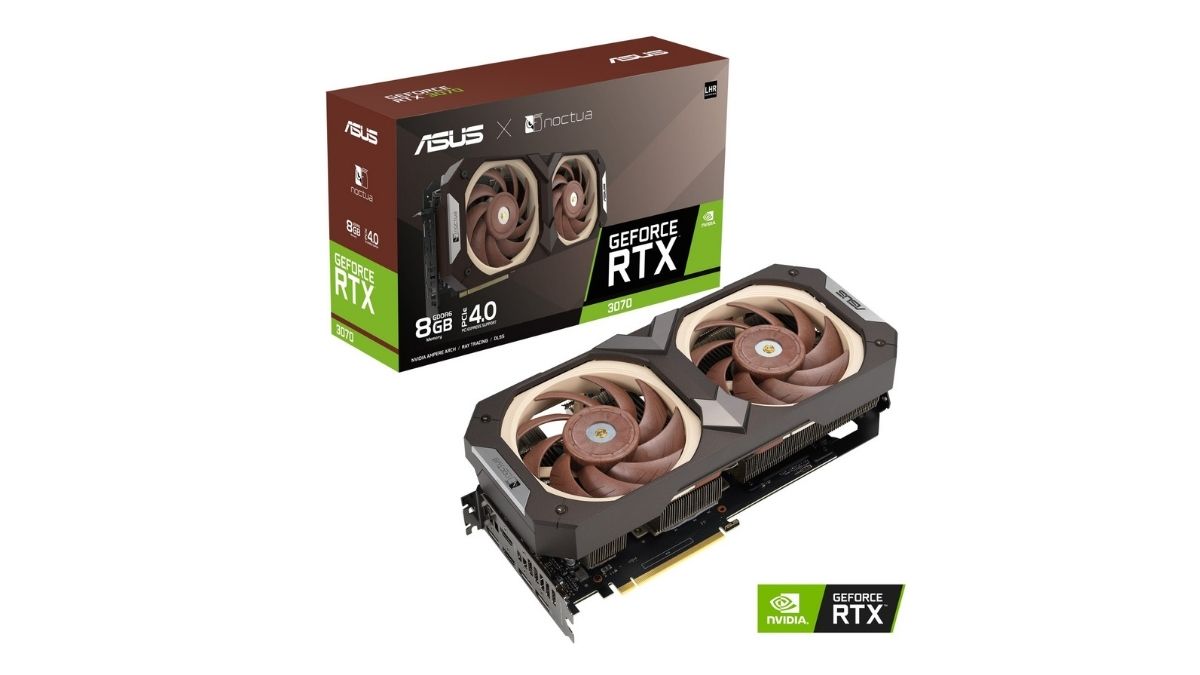 ASUS and Noctua today announced a new product from their special partnership, the ASUS GeForce RTX 3070 Noctua Edition graphics card is a GPU for their fans of branded PC cooling features.

As for the GeForce RTX 3070 Edition graphics card itself, the Noctua Edition includes two flagship Noctua NF-A12x25 fans as well as a new custom-designed cooler co-designed by the two brands. The fans, fairing and backplate feature Noctua’s signature brown and beige color scheme. The cooler with the new heat sink makes the board four slots wide.

The manufacturer, Noctua, claims that this GeForce RTX 3070 Edition graphics card is 15dBA quieter at “medium” fan speeds and 9dbA quieter at maximum fan speeds, but does not specify exactly what the speeds are or what against. comparisons are made. The card also features ASUS 0dB mode which turns off the fans when the GPU temperature drops below 50 ° C. Additionally, ASUS has confirmed that the Noctua Edition comes in two variations. The standard model achieves typical 3070 clock speeds of 1725 MHz in gaming mode and 1755 MHz in OC mode. Meanwhile, there is also an OC edition, which reaches 1815 MHz in game mode and 1845 MHz in OC mode.

Other than all the changes to the fans, the Noctua Edition remains the same RTX 3070, meaning it is built on the same 8nm process, and based on the GA104 GPU, in its GA104-300- variant. A1, the card supports DirectX 12 Ultimate. Plus, DirectX 12 Ultimate capability ensures support for hardware ray tracing, variable rate shading, and more in future video games. It includes 5888 shading units, 184 texture mapping units, and 96 ROPs. Also included are 184 tensor cores that help improve the speed of machine learning applications. The card also has 46 ray tracing acceleration cores. NVIDIA has paired 8 GB of GDDR6 memory with the GeForce RTX 3070, which is connected using a 256-bit memory interface. The GPU operates at a frequency of 1500 MHz, which can be boosted up to 1725 MHz, the memory operates at 1750 MHz (14 Gbps effective).