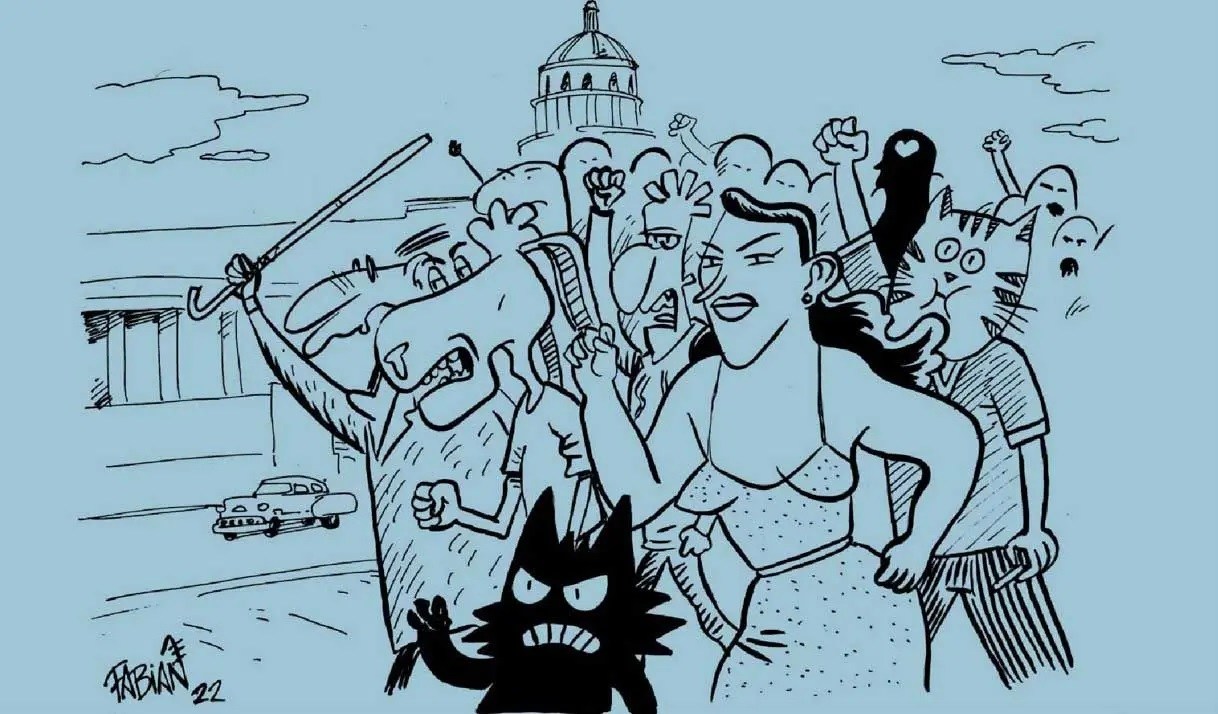 HAVANA TIMES – About twenty graphic designers —Cuban and foreigners— responded to a call from El Toque, in response to the denunciation of the closure of the Sunday graphic humor supplement Xel2, due to pressure from the security organs of the State.

El Toque’s request posted on social media read: “We ask you to help us so that they don’t get away with this time, that they don’t block the publication of graphic humor in the independent Cuban press. .

The works refer to artistic censorship, the closure of Xel2 and the defense of spaces for creativity and freedom of expression. They reached us via our e-mail ([email protected]) and social networks.

Among the best-known Cuban illustrators who have donated their works are Lázaro Saavedra (Cuban National Prize for Plastic Arts 2014), Gustavo Rodríguez “Garrincha” and Angel Boligan “Boligan”, all enjoying significant national and international recognition.

Members of Xel2 who are outside Cuba also answered the call: Ramsés Morales, Fabián Sotolongo, Brady Izquierdo and Alen Lauzán.

The international collaboration came from Mexico through Veracruz artist Gogo, who specializes in illustration and design.

The state security organs of the Cuban government will not be able to silence the creative freedom of Cuban artists through harassment, threats or blackmail.

Enjoy this great virtual exhibition, which is a gesture of protest and solidarity.