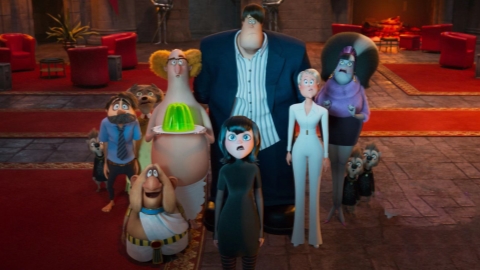 On the Chinese mainland, 65 anime films were released last year, and 12 of them earned more than 100 million yuan ($15.7 million) at the box office, while six of the highest-grossing animations were produced in China.

Last year, 22 foreign anime films were released, mostly from Japan and the United States. Chinese productions such as “Boonie Bears: The Wild Life”, “Green Snake” and “New Gods: Nezha Reborn” topped the annual box office charts in the animation category. The realistic film “I Am That I Am” was also well received by audiences for its detailed depiction of the lives of “left behind” rural children.

Chinese animation has made significant progress in storyboarding and storytelling, in addition to graphic visuals. Many of them were inspired by Chinese culture, especially ancient mythology and intangible cultural heritage. Some of the entertainers mix real-life stories with folk arts and customs.

This year, anime fans will be able to enjoy a variety of creations, both foreign and domestic, in cinemas and on streaming platforms.

“Hotel Transylvania: Transformania,” the fourth and final installment in the popular animated film series, will be released tomorrow in China.

The Sony Pictures production tells how Johnny transforms into a monster, while Johnny’s vampire stepfather and other fellow monsters transform into humans. They try to adjust to their mismatched new bodies, but work together to figure out a way to return to their original selves.

The film series premiered in 2012 and has since enjoyed a worldwide following due to its fun portrayal of vampire and monster characters, emphasis on family ties, and funny moments.

American animation “The Bad Guys” is set to hit theaters across China on April 29. The adventure comedy revolves around the efforts of several reformed but misunderstood wild animals trying to be good. However, this is certainly not an easy task for the “bad guys”, including Mr Wolf, Shark and Snake.

The film is directed by veteran animator Pierre Perifel, whose previous works include “Rise of the Guardians” and “Kung Fu Panda 2”.

“The Bad Guys” is set to hit theaters across China on April 29.

Other foreign works set to be introduced this year include “Lightyear”, “Minions: The Rise of Gru”, “Slam Dunk”, and “Super Hero”.

Several Chinese animations, mainly targeting children during the summer holidays from July to August, are also in preparation.

Among them is Wang Jun’s “Three-Eyed God”, an adventure story about Yang Jian, a mythical hero with a third eye on his forehead. It took him four years to complete the film.

Yang is banished to the mortal world. The only way to return to Heaven is to open your Third Eye and defeat the Millennial Dragon. But he finds himself caught up in a conspiracy.

Director Wang has previously participated in the production of the critically acclaimed works “Monkey King: Hero Is Back” and “Ne Zha”. “Three-Eyed God” will feature dramatic and artistic scenes depicting Eastern aesthetics. 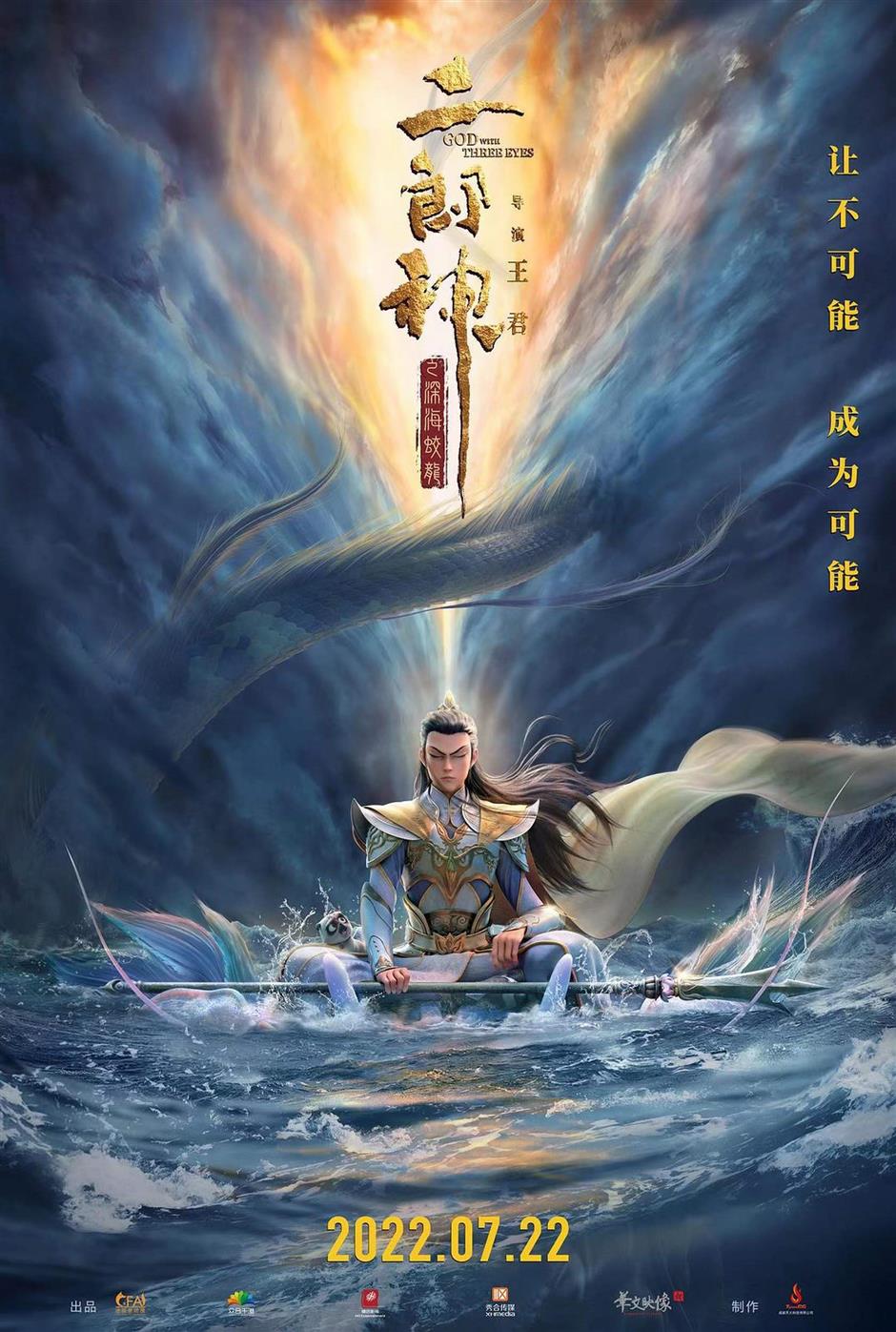 A poster for “Three-Eyed God”

Hu Yibo, a Chinese animator, spent six years directing the sci-fi animation “Out of the Earth.” The plot revolves around a 14-year-old boy’s efforts to flee the earth after it was destroyed by a meteor shower.

Beijing’s distinct architecture is incorporated into the scenes. A one-second shot typically requires 24 sketches, and it’s the Chinese animators’ first attempt at telling a sci-fi story.

Hu said that as a science fiction lover, he tries to bring new possibilities and inspirations to Chinese animations.

“Chinese animation has many untapped potentials, and it has the potential to transcend the boundaries of ancient mythology and folklore,” he added. “I hope to tell a future story that demonstrates the bravery, tenacity and heroism of the Chinese people in the face of adversity.”

“A Portrait of the Artist as a Young Man” is another national production that follows a group of young men in pursuit of their artistic dreams. The film will be narrated by well-known filmmaker JiaZhangke and singers RenKe and Peng Lei.

“Chinese animation, in addition to traditional stories and images, can also combine philosophical thoughts with touching real-life stories to explore and portray humanity,” Gu said. “The genre requires the collaboration of many people, including animators, writers and directors.”

What is a GPU? The Beginner’s Guide to Graphics Cards