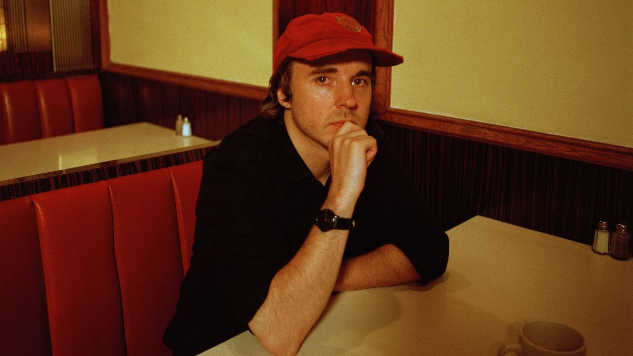 Another thumbnail from Andy Shauf’s upcoming concept album, The neon skyline, has arrived, accompanied by a colorful stop-motion clip. “Try Again,” the second single from the record after “Things I Do,” describes an awkward interchange of words between two exes as they meet at a bar, part of an overall storyline that unfolds over the course of a eventful night.

On â€œTry Again,â€ Shauf finds himself â€œsomewhere between drunkenness and chivalry,â€ as he uses his charming style of storytelling to describe a surprise interaction with his ex. His lightly sung reflections describe his character as embarrassed – tempting a bad British accent, keeping a smile a little too long – and as the night goes on, he realizes that this reunion has resurfaced sleepy emotions. At the end, Shauf resigns himself to the strange experience by singing, â€œI quietly toast the things that I do and don’t miss. Despite the despondency, the song evokes a happy atmosphere with energetic riffs that shatter every verse.

The video for the single, produced by GÃ©rald Fleury and Timo Hateau from animation studio Mizotte & CabÃ©cou, explodes with a wonderful palette of shapes and colors that interact with each other thanks to stop-motion animation. He follows a sentient house as it explodes into different realms. The house interacts with a thumping boot, clinking wine glasses and a waving coat as she searches different environments for answers to her quest.

As Mizotte & CabÃ©cou explain, they wanted their hand-made video to reflect the feeling that â€œTry Againâ€ evokes without directly relating to Shauf’s story:

Rather than illustrating the script, we imagined our own quirky narrative as a parallel to the song. Design, movement, colors and atmosphere are influenced by the pop and childish dream world of 70s French animation

The neon skyline releases January 24, 2020 on ANTI-, and can be pre-ordered on vinyl and CD here. You can watch the video for “Try Again” and a sample from Shauf’s 2014 Pastry session below, and find the details of his album and his tour below.