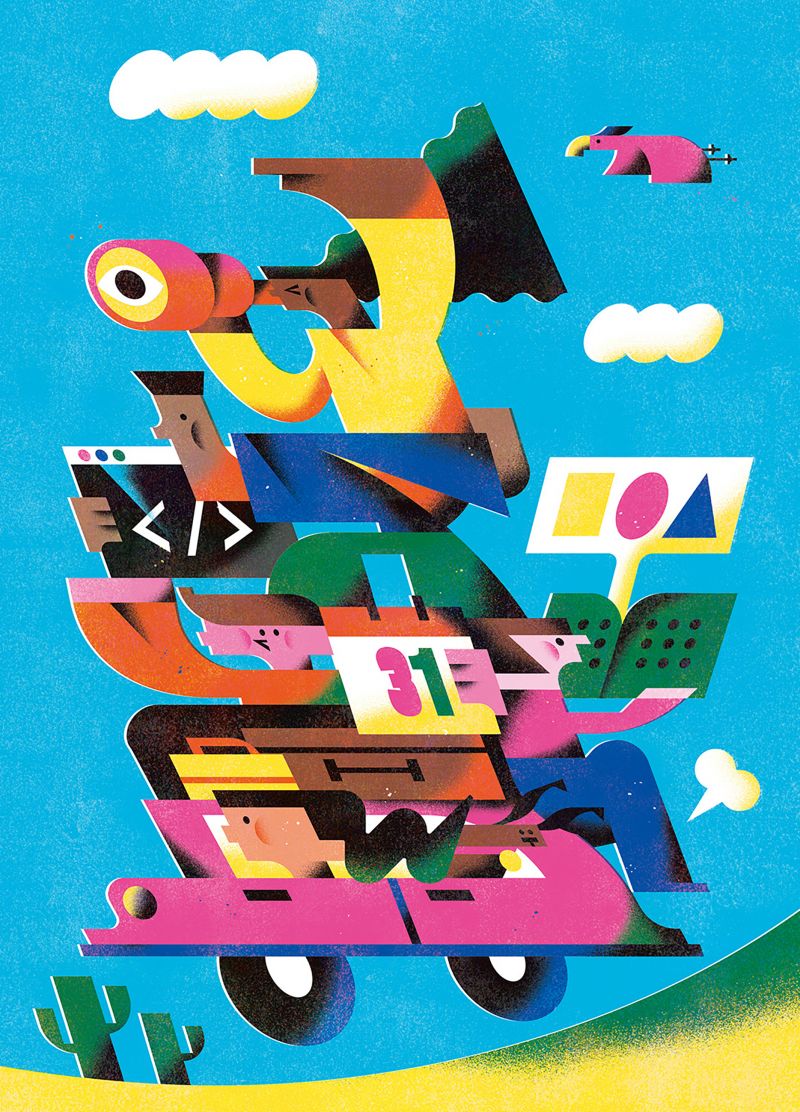 An Chen’s illustrations are inspired by old matchboxes and typography

Olympic athletes, office workers and flowers are recurring images in An Chen’s portfolio, whose content has graced publications around the world. Instantly recognizable thanks to their distinctive shapes and grainy, washed-out colors, An’s works make a strong impression by being both modern and reminiscent of an image you’ve seen before but now forget.

Perhaps the secret to this feeling of misplaced nostalgia is that his art is heavily influenced by matchbox designs from the 50s and 60s. Soviet era which, when done digitally, creates a compelling duality and tension with viewers.

A graduate of Cambridge School of Art with an MA in Children’s Book Illustration, An has used her background in graphic design to hone a style that plays to her strength in using vector shapes to create art. She also tells Creative Boom, “My methods of creating illustrations are heavily influenced by typography. You can observe in my work that I often shape my illustrations with serifs in parentheses or make them ‘italic’. For the On the textured side, I love matchboxes from the 1950s-60s designs, especially the ones from the Soho Lipnik factory, I use monoprint to replicate the old print texture they have.

As for her background, while An’s studies shaped her to create books for young audiences, they were also broad enough to allow her to explore her own artistic interests. “We didn’t learn how to create beautiful illustrations. The main instruction of the course was to observe the things around you and represent them through sketches,” she reveals.

“After a period of observational drawing, our interests would emerge, which we could then pursue with narrative imagery. I think that’s the main essence of creating art. It should be authentic to yourself. “

To bring his true artistic essence to life, An uses Adobe Illustrator to create the main artwork, then uses Photoshop to apply the texture. Two types of mask layers are applied to create these textures, including a monoprint she made with a rubber block. Meanwhile, the other is a dotted texture she created from an image of a concrete wall with very high contrast.

“I also use a spray brush that I made to copy the shading effect that I like in cubist and futuristic paintings,” adds An. “I like the high contrast between the dark shades and the colors vivid. It gives me a mysterious feeling.”