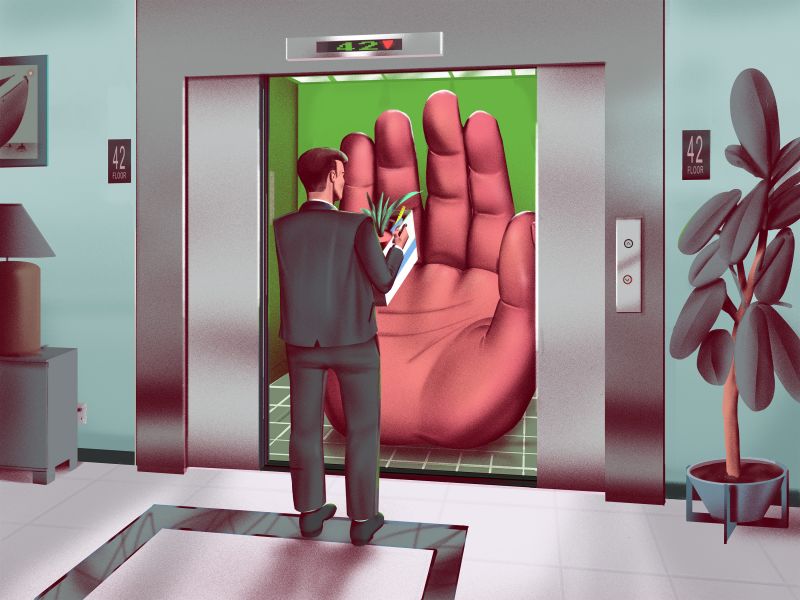 The oozing palettes and dreamy textures draw you in, not to mention the artful depictions of people staring directly into your eyes, relaxing and leaning in the street with a dog, boxing, eating or doing gymnastics. They are people who look like real life, but everything is much more exaggerated, exaggerated and colorful.

Richard grew up, thanks to his website biography, just around the corner from “Chinese Food Square.” He says he was “the kid who crossed the street to go to the deli to buy something for my mother”. A wonderful image; it is this type of energy that transfers directly into the work he does today. Surprisingly, or maybe not, Richard has a background in graphic design, “that’s what my degree says,” he shares.

“I drew a bunch of them in my free time when I was young.” He was an avid creator from an early age, though he didn’t take it seriously until he changed majors in college. “From there I continued to draw for my own amusement which led to a few jobs. I’m skipping the part where I started a project on rapper gifs which sparked the arrival of the work.” These days, Richard’s portfolio is jam-packed with freelance editorials and a few in-house projects, with a client list ranging from Apple to The New York Times, The Washington Post to Giphy, Apple and Playboy.

Talking about how he does his job, he says he starts by looking at a bunch of images, “waiting for my brain to pick out a weird image”. Once that somewhat magical moment occurs – when an idea has been formed – he will then start drawing or doodling until something forms. “Most of the time spent on a drawing is at the shading stage. Colors are almost the last thing I think about. I think about them while shading, but the colors are constantly changing throughout the drawing. Everything is done on a computer, Photoshop; you can do a lot with Photoshop and its basic brushes.”

If there’s anything we’ve learned from Richard, it’s that his works are utterly joyful. And, realistically, there’s no big message or hidden agenda behind anything. They are there for the public to enjoy. “I hope people have fun [by the works] like me,” he says. “There’s no particular message I’m trying to convey and I don’t subconsciously send messages through my drawings to tell people what to do. “With great power comes great responsibility” – Some Hater.

Paramount unveils excerpts from “Paws of Fury: The Legend of Hank”