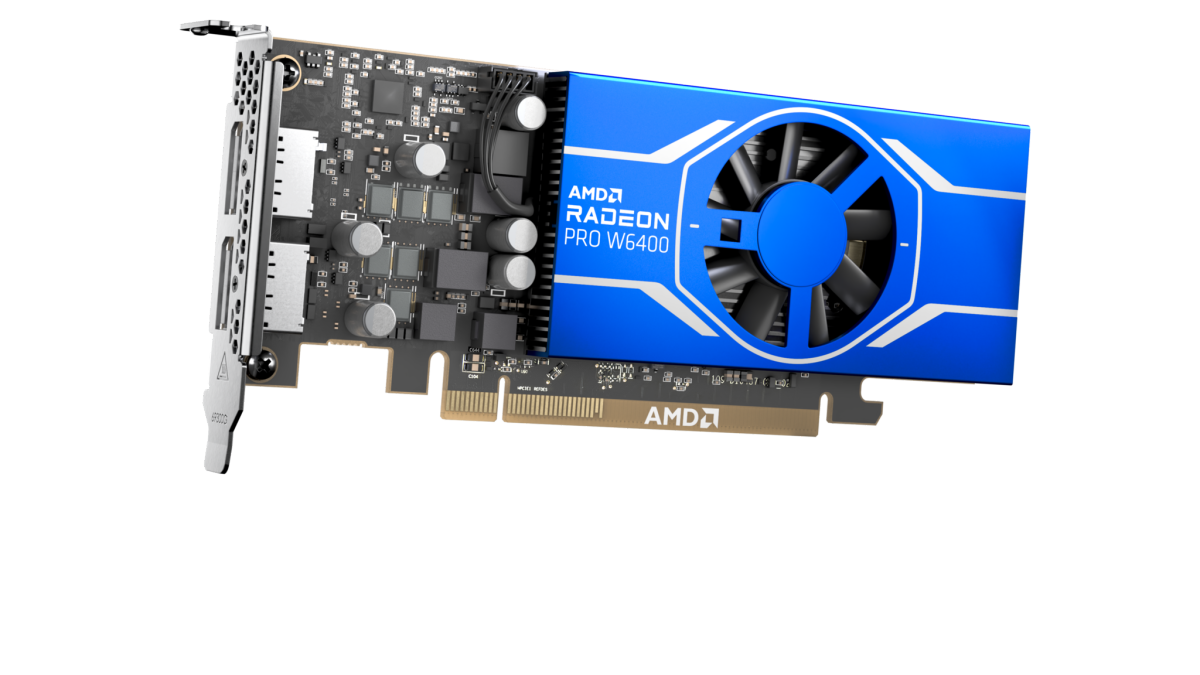 The W6400 packs the RDNA2 Navi 24 6nm GPU with 768 cores and it comes with 4GB of GDDR6 RAM, dual DisplayPort connectors and delivers up to 3.5 TFLOPs of FP32 and 7.0 TFLOPs of FP16 performance. These aren’t stellar numbers, but there are some highlights, as the card boasts a TDP of just 50W, meaning it doesn’t require an external power connector. It’s also a low-profile, single-slot card, which means it’s easy to install on even the most basic OEM machines.

While the W6400 has its advantages, it’s likely to be hampered by some of its weak specs, as will the underwhelming Navi 24-equipped Radeon RX 6500 XT. Its PCIe x4 connection can hurt performance, and given that this card is likely to be found in many PCIe 3.0 machines, it gives the wrong impression. We would also like to see a third display output. In fairness, the low-profile design means it’s not possible to fit a third DisplayPort, although a mini DP should have fit.

The W6400 won’t have gamers lining up to buy it, but with its low profile, low-power design and workplace optimization, it will find workstation buyers.