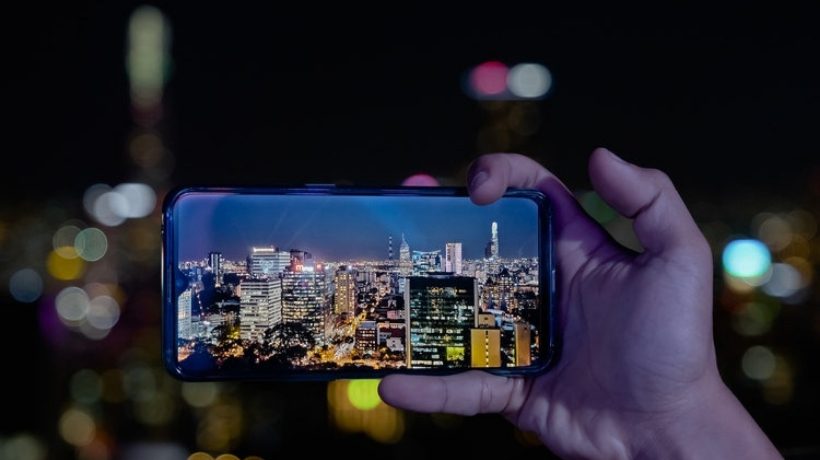 Smartphones are evolving more and more, especially when it comes to cameras, and now it’s most people who leave their compact cameras at home while traveling and take great, professional-looking photos right from the start. from their smartphones. In addition to photos, a feature often used is video recording, and nothing better for creating more dramatic scenes than the idle function, particularly useful in sports scenes or other more active activities.

The Galaxy note 9 is currently Samsung’s most advanced smartphone and has a sensor capable of recording superb slow-motion videos. By default, the user can capture short videos at 720p resolution over 960fps, delivering exceptional quality and detail.

The software allows you to edit the captured images, as well as export the slow motion part to GIF format to share with friends. For those who wish to record at a higher resolution, it is also possible to capture slow motion at 1080p, up to 240 fps.

While Samsung’s flagship products launched in 2018 capture 960 fps video only at 720p resolution, the Xperia XZ2 is capable of recording the same frames per second at a resolution of up to 1080p, but in a more limited fashion. User can choose longer clips in HD or shorter in FHD.

In Sony smartphones, you have to manually record slow-motion footage, unlike Samsung models whose function can be activated directly from camcorder mode and capture the right moment through AI.

Like recent Sony flagships, the iPhone XS Max is also capable of slow motion recording in Full HD resolution but is limited to just 240 fps. The quality is very good and does not suffer from the same noise problem when videos are taken in low light places.

This speed may seem low compared to what other companies are currently offering, but it is sufficient to generate some interesting slow motion effects. Although, for those looking for results closer to professional camera quality, it may be better to invest in a model that captures at 960 fps.

Asus also has a good option for those looking for a smartphone to record Full HD slow motion videos. Here the user is limited to 240 fps, the same speed as recent iPhones, although he cannot record slow motion videos at 480 fps as seen in Samsung’s 2017 flagships.

Zenfone 5 is even more limited when it comes to slow motion video capture. So for those who are hesitant between the two Asus models, it is more appropriate to invest in the more advanced model.

The LG G7 ThinQ arrives on the market with the promise of an innovative camera thanks to its advanced integrated technology artificial intelligence, but it had the limitation of recording videos in 4K at just 30 fps. This limitation was later corrected with an update released by the company.

In terms of slow motion capture capability, the G7 can deliver 240 fps in HD resolution. Its sensor is even capable of recording Full HD video at this speed, but LG decided to keep the native setting at a lower resolution.

Remotely access your essential smartphone apps and data from anywhere by loading Android / iOS emulators onto high-performance XenDesktop with Cost of Citrix XenDesktop with add-ons such as Office 365 company e5 from Apps4Rent.