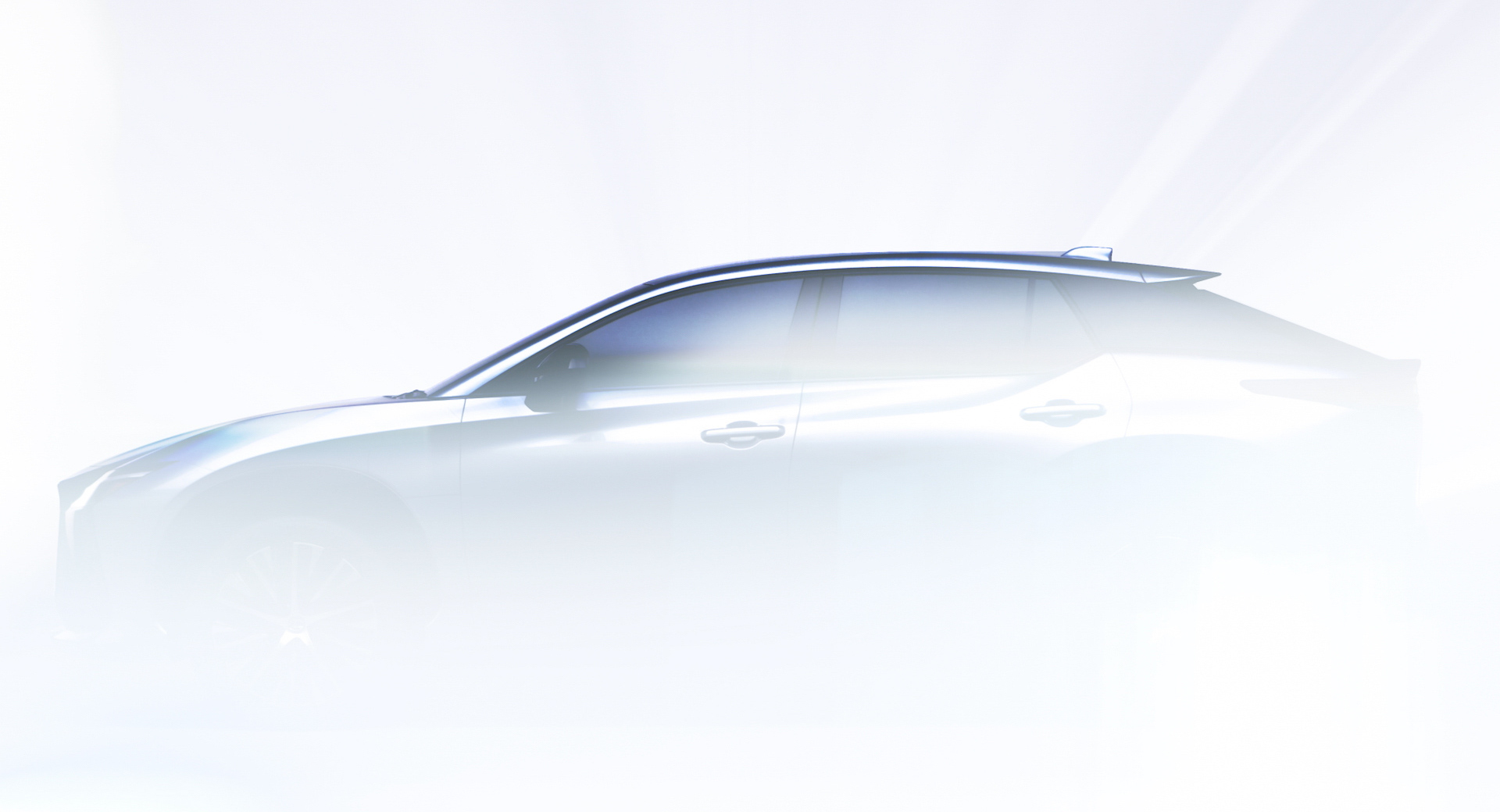 Lexus gave us our second look at the new RZ electric SUV with the release of a handful of teaser images and a short video.

Why a second look? Because Carscoops artist Josh Byrnes has already shown what the production version of the LF-Z Electrified concept from March would look like in a series of accurate renders (okay, except for the chunky door handles) that we published last week.

What wasn’t confirmed then, but is now, is the name. The production EV will be sold as the Lexus RZ, which makes sense given that Lexus already uses the RC badge for its BMW 4 Series Coupe and RX for its midsize SUV.

The RZ is the first Lexus to use the e-TNGA electric car platform already used by the Toyota bZ4X and its Subaru Solterra twins. And with its sharp nose and ultra-thin LED headlights, it looks more than just this pair.

But closer inspection shows the Lexus is treated to its own unique design. The RZ features a sweep line from the front wheel arch that rises up through the top of the front door skin, fading as it passes through the rear door, at which point a second crease in below takes over, stopping at the base of the C-pillar.

The rear door quarter light is also larger on the RZ, suggesting the door is longer than the bZ4X’s and there could be more space for rear passengers than on its blue-collar brethren. . And while the RZ’s taillights also wrap around the side panels, they form a continuous thin strip that extends across the rear of the car, above which the Lexus name is spelled.

Lexus hasn’t confirmed any mechanical details for the new RZ, but the LF-Z Electrified concept sported a 536-hp electric powertrain that gave it a theoretical 0-60 mph time of 3 seconds. The production car is unlikely to be as quiet and powerful, but hopefully it will be more muscular than the bZ4X and Solterra, which give buyers a choice of 201hp single-engine and twin-engine configurations. of 215 hp.

We expect the RZ to hit showrooms before the end of 2022 when it takes on rivals like the Tesla Model Y, Audi Q4 e-tron, Genesis GV60 and Mercedes-Benz EQC.

How to upload illustrations or photos from the photo sharing platform?